Author’s Note: I am not a posek (halachic decisor) and these are merely my philosophical reflections on what I maintain is the proper Torah approach on such matters. The nuances and complexities related to these issues are numerous and hardly monolithic, and they are the source of great debate and discussion in the world of Halachah. I want to emphasize the following: For any and all Halachic matters related to this article, please consult a reputable, Torah observant, Halachic authority. May Hakadosh Baruch Hu grant us the cognitive faculties to follow His will.

While doing research on an unrelated topic, I stumbled upon a website which compelled me to take a closer look into the unfortunate world of those within Judaism who corrupt Torah for profit. Tragically, the Torah world is replete with popular superstitions masquerading as Judaism, and a plethora of examples can be found online which show the pernicious depths to which some of these vultures will sink, in order to propagate their poison and profit from the process.

The human condition being what it is, people are naturally vulnerable to their tactics. For too many Jews, proper Halachic prayer to Hakadosh Baruch Hu lacks the attraction of a vial of holy water from an alleged wonder worker, or an amulet under a pillow to aid a woman during childbirth. And then of course there are those who are drawn to graves like a bear to the beehive. Many visit these shrines and actually pray to the dead, either inadvertently or with definite intent. Consulting the dead is a biblical prohibition ( Deuteronomy 18:11). It is important to note that the Rambam (Avelus 14:13) even prohibits appropriate prayer in a cemetary, and other Rishonim argue likewise.

(As an aside, most of these graves are actually fabricated. This is not to say that there aren’t graves with credible traditions. In truth, no one knows who lies within many of these tombs. Sometimes it’s even an old imam or a nun! Their association with the real personalities with whom they bear their names are often based on inaccurate Byzantine traditions, modern distortions, or inventions of charlatans. Thus one finds “discovered graves” from the 1980’s bearing a purported ancient tradition. The site might even develop into a tourist attraction, along with some fantastic and outlandish, forbidden ritual that “prove” efficacious for something.)

It is terrifying that people within the Torah camp are actively undermining yahadut and damaging Jewish souls. The campaign is both organized and disorganized, an amalgam of misguided foolishness and those with more premeditated intent. It has no leader, and it has a thousand heads. While many have good intentions, the end result is that they create Jews with corrupted notions of Judaism.

Others are not so innocent. Some have created profitable businesses to spread their wares. Sophisticated websites inform the deluded and the desperate, that for merely sharing their credit card number, distinguished torah scholars will pray for them at a grave or at the kotel. I refer to them as “kabbalah” vultures because they are the predators behind this phenomenon, though naturally they know nothing of Kabbalah. Kabbalah with a lowercase “k”, if you will, or the pseudo-academic qabbalah with a “q”. They are as far from the notion of true Jewish metaphysics as Mecca is from Manhattan. But they prey on those who are both attracted and vulnerable to foolishness, and propagate a childish notion of tefillah that has more in common with Santa Claus.

The common theme resonating among all these groups is ignorance of Torah ideals, and the fact that their religious worldview has more of a pagan influence than they could ever imagine. In fact their ideology reads like a page from Sir James George Frazer’s anthropological work on pagan religion, “The Golden Bough.” From a Torah perspective, ignorance is never bliss. Ignorance of The Almighty inevitably leads to one form or another of idolatry, either outright, or the idolatry of distorted viewpoints. As such, the only solution is to expose the problem and provide a proper Torah perspective. 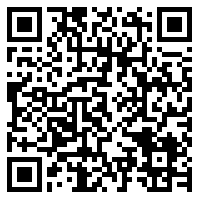