In Gush Etzion, Defense Minister Moshe Ya’alon has suggested a swap in order to convince residents of a newly-established outpost to leave their homes in communities with fresh wounds attached to the sites.

Move out, Ya’alon told the Gush Etzion Regional Council, and he would approve legal status for 24 new homes and a new farm instead.

Three outposts were started in July in the memory of the three teens who were kidnapped and murdered by Hamas terrorists in Gush Etzion as they were hitchhiking home for the Sabbath on June 12.

One was located near Bat Ayin and close to where the boys were kidnapped. Another was set up in Tekoa Hey, a hill near the town of Tekoa in eastern Gush Etzion. The new outposts, named Ramat HaShlosha (Heights of The Three) were expected to grow into a Jewish community established in their names in July as a response to the terror attack.

The third was Talmei Chaim, established on Hill 22 just north of Kiryat Aba but within the city limits, and intended to reach towards the area where they boys’ bodies were found.

Two more sites were also established on the night the boys’ bodies were found: one near the northeastern Jerusalem suburb of Ma’ale Adumim and the other near the community of Karmei Tzur, very close to the burial site.

Their bodies were discovered in a field belonging to the Qawasme clan near the Palestinian Arab town of Halhul, north of Hevron and south of Gush Etzion, on June 30. 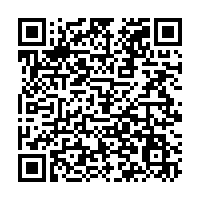