Vic Rosenthal of the Abu Yehuda blog, the Elder of Ziyon, and other venues, has a recent piece entitled simply, Ten Propositions.

I discussed the first five at Israel Thrives the other day.

These are the next five:

6 – Everyone should be able to follow their own religion or lack thereof without coercion. But the official religion of the state of Israel should be Judaism.

7 – Israel and the Jewish people have an absolute right to defend themselves.

9 – Nobody has the right to try to kill Jews or Israelis, even if their means are ineffective.

10 – There should be a death penalty for murderous terrorism.

Everyone should be able to follow their own religion or lack thereof without coercion. But the official religion of the state of Israel should be Judaism.

Many secular Jews have a problem with this.

We have to keep in mind that the Jewish people are a tiny minority throughout the world and almost half of us live in Israel. The forces against the Jews of Israel are many and their defenders are few.

Were it not for the Long Arab-Muslim War against the Jews in the Middle East I would not care whether or not Israel declared Judaism as the official state religion. In fact, as a creature of the European Enlightenment and the Constitution of the United States, I generally oppose declarations of state religions.

And it is this idea that must finally be driven home to both Christian and Arab, alike.

Israel and the Jewish people have an absolute right to defend themselves.

Yes, we do, but the rest of the world does not see it that way.

On the contrary, Jewish self-defense has been viewed as a form of aggression for millennia. Whether in Europe or the Middle East – whether in terms of Romans or Christians or Arab-Muslims – Jews have historically been denied self-defense on the grounds that we are guilty of whatever accusations are flinged at us. Thus Jewish self-defense is a means of avoiding righteous justice and should not be allowed.

This is an ancient anti-Semitic sensibility, prominent in both Europe and the Arab / Muslim world, that has evolved and attached itself to present-day political sensibilities. This is why so many westerners, largely on the Left, but not entirely, believe that Arabs have every right to try to kill Jews as a matter of “resistance” or “social justice.”

However, it must be made explicitly clear to both westerners and the Arabs of Israel – in word and action – that the Israeli government, on behalf of the Jewish people, will simply no longer put up with the racist, Koranically-based violence toward ourselves or our children.

It is only those of us who live in cozy and secure places, like northern California, who think otherwise.

It is very easy for people who, for example, live in the United States to oppose “collective punishment” because Americans are not in an ongoing war for survival.

The Jews of Israel are.

Whenever Hamas starts tossing Qassams and Katyushas into southern Israel, on or around the towns of S’derot and Ashkelon, the world community sleeps. However, whenever Israel stands up and says, “Enough of this!” the western-left leaps to its feet and starts screaming from the hillsides about “genocide” and “collective punishment” despite the fact that, yes, the IDF does more than any other army in human history to avoid civilian casualties.

And, of course, in war innocent people are hurt and killed.

There is always “collective punishment” in war.

If the Arabs would like to see such “collective punishment” end then they should very much consider relinquishing their never-ending murderous, theocratically-based hysteria concerning the Jewish people.

Nobody has the right to try to kill Jews or Israelis, even if their means are ineffective.

This is an exceedingly strange statement.

Would anyone ever suggest that nobody has the right to kill, say, Rosicrucians… even if their means are ineffective?

It flat-out amazes me that Rosenthal even needs to say this… and, yet, I agree that he does.

How many comments have we heard from the anti-Israel / anti-Jewish Left in the last decade that the rocket-fire coming from Hamas is really nothing but “bottle-rockets”… and similar statements?

The western progressive-left has a tendency to downplay anti-Semitic violence against Jews because either they simply could care less or honestly believe that the Jewish people have it coming for allegedly oppressing the bunny-like, native, indigenous, olive-tending, “Palestinians.”

There should be a death penalty for murderous terrorism.

Nonetheless, Jewish religious tradition also stresses the necessity for self-defense. Although I am not a theologian, I feel reasonably certain that such a proposition would find advocates among religious Jews, as well.

We cannot have hostile and powerful political actors, such as Barack Obama, demanding that Israel release the murderers of Jews from Israeli prisons as a “confidence building gesture” to terrorists like Mahmoud Abbas.

I am, therefore, in agreement.

Anyone who seeks to murder Jews in Israel for either Islamic religious reasons or due to Palestinian-Arab nationalism needs to be made to understand that Israel will not put up with it.

The penalties for those who seek to murder Jews within Israel must be harsh enough to seriously discourage the idea that it is perpetually Jew Killing Season among Arabs.

I just feel badly that I failed to find more points of disagreement between myself and Vic. 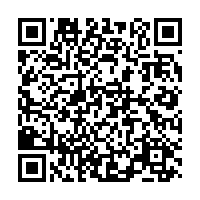