The New York City Health Commissioner Dr. Thomas Farley has issued a strongly worded statement calling for an end to the circumcision-related rite of “metzitza b’peh,” loosely translated as suction with the mouth.

The Talmud requires that after a child is circumcised the blood must be drawn away from the wound by suction, to prevent the baby’s blood from congealing and thus blocking the blood flow in the traumatized organ .

“We perform all the requirements of circumcision… We circumcise,  uncover [the corona], suck [the wound], and place a compress and cumin upon it.” (Shab. 133a)

The first two parts of the circumcision, the removal of foreskin, and the uncovering of the corona, are essential components of the mittzvah, while the suction is considered by many authorities to be prescribed by the sages for medical reasons, and therefore the manner in which the medical concern is being addressed is not mandatory, provided that blood flow has been renewed.

The most convenient, and therefore most common, method of applying the suction is orally. But the spread of orally transmitted viral diseases such herpes simplex has raised concern among medical professionals and parents.

NYC Health Department investigations of newborns with herpes virus between 2000 –2011 have shown that 11 infants contracted the herpes virus when mohalim placed their mouths directly on the child’s circumcision wound to draw blood away from the circumcision cut, according to a statement from the Health Department. Ten of these infants were hospitalized, at least two developed brain damage, and two babies died.

According to the NYC DOH, while mohalim may rinse their mouths with alcohol-containing mouthwash or even take antiviral medications, there is no proof that these strategies reduce the risk of HSV-1 infection associated with direct oral suctioning.

According to gynecologist Rabbi Dr. Mordechai Halperin who is an expert on medical ethics and is in charge of ethics for Israel’s Helath Ministry, most pregnant women are carriers of the herpes virus, and endow their fetuses with the necessary antibodies. It is the babies of the minority of women who are not carriers who face a deadly risk, according to Halperin.

Health Commissioner Farley said that direct oral-genital suction should not be performed during Jewish ritual circumcision, and announced that several hospitals, including those serving the Haredi community, have agreed to distribute a brochure that describes the risk of contracting the herpes virus from the practice.

The brochure “Before the Bris” describes the risk to infants of contracting herpes through direct oral-genital suction and advises parents to ask the mohel before the bris if he practices metzitzah b’peh.

“There is no safe way to perform oral suction on any open wound in a newborn,” Farley said. “Parents considering ritual Jewish circumcision need to know that circumcision should only be performed under sterile conditions, like any other procedures that create open cuts, whether by mohalim or medical professionals.”

“Some religious authorities consider direct oral suctioning the only acceptable way to draw blood away from the circumcision cut. But other religious authorities within the Jewish faith approve different means. For example, sometimes a glass tube or a glass tube attached to a rubber bulb is used to suction blood in a way that does not include contact between the mohel’s mouth and the baby’s cut. Others use a sponge or a sterile gauze pad to suction blood. In contrast to direct oral suctioning, there is no evidence that any of these other practices cause HSV-1 infection.”

Among Orthodox German Jewry the custom of metzitza b’peh is not practiced at all. 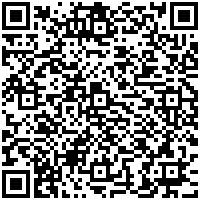