Soon after the attacks on American embassies in Egypt and Libya, Presidential hopeful Mitt Romney and his running mate Paul Ryan criticized President Obama for lacking a clear and forceful message to the world.

And while Romney was criticized for bringing up the President’s shortcomings, the latest example of how that criticism was right on the money comes from the mixed messages being sent by Victoria Nuland of the State Department (who always seems to be tasked with explaining the explainable, such as how the U.S. position on status of Jerusalem “has not changed”) and Obama himself.


Yesterday President Obama told the Spanish-language Telemundo television channel that Egypt was neither an ally nor a foe of the United States, and that the determination would be based on the Egypt’s response to the attack on the embassy and on its willingness to maintain the peace treaty with Israel. (Video here).

Later in the day, Nuland said the opposite, confirming repeatedly that Egypt was indeed an American ally – a “major non-NATO ally” (though she wouldn’t comment on what the President said). Check out the video below.

A White House spokesperson also confirmed that Obama was not signalling a change in Egypt’s status. This is yet another example of how Obama can have his cake and eat it to by acting tough on Egypt in public, but not actually doing anything to back it up. (Precisely his strategy for Iran, saying the U.S. will not accept a nuclear-armed Iran, but refusing to delineate any red lines for Iran’s nuclear program).

Ally or not, as Barry Rubin noted, the U.S. has offered to forgive $1 billion in Egyptian debt (the debt is over $3 billion total) as part of a $4.8 billion International Monetary Fund loan which the administration lobbied for, Obama helped them acquire two German submarines over Israel’s objections, while their Islamist President received an invitation to the White House, and Defense Secretary Leon Panetta confirmed that Morsi was “his own man,” i.e., someone the U.S. could do business with. 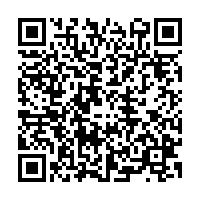