An interesting bill was submitted recently, to make it easier for religious and non-religious Jews to live together in the same apartment building.

In 2011, a law was passed that said if a certain majority of residents in an apartment building vote in favor of having a shabbos elevator, the building would have to install one. This replaced the original law that required unanimous agreement in the building: if even one person did not agree, the elevator could not be forced.

The new bill would amend that even further, and state what hours of the day Shabbos elevators need to run. The law would now have the Shabbos elevator operate on Friday for 3 hours from the beginning of Shabbos, and on Saturday from 7 AM until 12 PM and again from 3 hours before the end of Shabbos until the end of Shabbos. And if a majority of residents want to, they can vote to extend those hours of operation beyond the minimum.

According to Kikar Hashabbat, the proposal is facing secular opposition, complaining that the MKs are writing laws to make it easier for religious Jews while hurting the quality of life of those who are less religious. They say this law is written so that if your neighborhood happens to be one that is in the process of being taken over by Haredim, now they will also be able to buy apartments on the top floors of very tall buildings. The Haredim that will come to your neighborhood will take over, and will happily buy the top floor apartments at discounted prices, as the secular will no longer buy there.

An elevator is not a major deal, and one can be considerate of the religious people. But what about being considerate of the elderly, the young couples, the secular, the people who are in a hurry [and don’t want to spend a few extra minutes in the elevator] although I did not know “people in a hurry” was a sector of society with rights of their own. 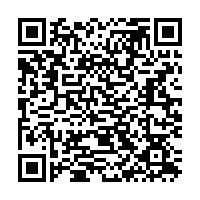