Just yesterday it was announced that the IDF has recently been allowing soldiers who live in Bet Shemesh to travel in civilian clothes near their homes. The reason is out of concern for their safety – after a number of incidents in which haredi soldiers were attacked by haredi extremists when in uniform.. instead of now being given individual permits, all soldiers form Bet Shemesh area will be allowed to don civilian clothing when going home.

My initial reaction was mixed – on the one hand it is good to see they are sensitive to their soldiers and not caught in an attitude of banging their heads against the wall and sticking dogmatically to the policy that is on the books. They realize the situation is not good, and are willing to adjust accordingly. That is not always a given in a bureaucracy. On the other hand, how sad it is that the violence, or threat of it, has gotten so great, that the army has to make a blanket rule that Bet Shemesh is too dangerous for soldiers so they can all wear civilian garb.

Well, it turns out that that was not the end of the story. Plenty of people did not like hearing the announcement that Bet Shemesh is a dangerous place for soldiers, and are planning a response.

According to Walla News, a protest march of sorts is being planned. The march will consist of residents, but will mainly be meant for soldiers and reservists, along with supporters, who will march through different parts of the cities, especially through Haredi neighborhoods, to show that they are proud to serve in the IDF and not scared.

The protest march is being organized by Moshe Shitrit, a city councilman from the Likud party. Shitrit is upset that instead of solving the problem, the IDF has moved to a temporary solution. Bet Shemesh is a Zionist city, has raised many soldiers over the years and has lost a number as well, and it is intolerable that residents in Bet Shemesh should be harassed just because they are wearing the IDF uniform. Shitrit also blames Abutbol, the mayor, for not taking a strong stand against the extremists. Shitrit says people can walk around in uniform wherever they want, proudly, and if someone does not like it, they are welcome to pack up and leave the country.

The protest march is being planned for the near future.. some time in the coming days…

It is going to be a hot summer, especially in Bet Shemesh…

IKEA Israel to Open Small Store, Its Fifth One, in Tel Aviv 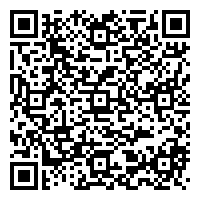