Based on the response to my recent columns, it seems the problem of parents struggling with rebellious children may be more prevalent than even the pessimists among us had assumed. As we approach Pesach, the great yom tov during which we confront the Haggadah’s four sons – one wise, one wicked, one simple and one who does not know how to ask – we need to remember that these sons are in our midst in every generation and that we invite all four to join us at the Seder.

Here are some excerpts from one of the letters I received, followed by my response:

I read your last two columns with tears. Unfortunately, I understand the problem all too well. My husband has completely given up on our rebellious son, who has turned his back on us and on his faith.

When my husband read your advice to the mother whose son was so openly anti-religious, he was skeptical.

“It sounds real good but in real time it doesn’t work,” he said. “Kids today are different. They are abusive – their chutzpah has no bounds and they do not know what the word ‘respect’ means. They think everything is coming to them. If you read the Rebbetzin’s column carefully you will see that she doesn’t really give an illustration of someone who descended to the lowest and came back.”

Rebbetzin, I’m in awe of your work. I have followed you for many years but my husband has washed his hands of our son. I would be so grateful if you could relate some of your experiences with young people who have hit bottom and come back.

Tragically, I have too many stories. Our contemporary society breeds degeneracy and decadence. I will share one of these painful situations that at first appeared completely hopeless and yet ended with blessings.

I was on my way to a speaking engagement when a gentleman approached me and asked, “Aren’t you Rebbetzin Jungreis?” We exchanged pleasantries and then he said, “I have a job for you. You must go to Las Vegas immediately.”

He explained that he did not travel to Las Vegas to gamble but for business reasons. A young man there from a respectable family, he said, was “all messed up and headed for disaster.”

By this time I was used to having people approach me seeking help for troubled children. My schedule was such, however, that it was not realistic for me to go there. I suggested he bring the young man to me. “Forget that,” he answered. “He’ll never listen! If anything, he’ll laugh in my face.”

A few weeks after that chance meeting, a dignified woman in her late forties came to seek my help at our Hineni Torah class.

“Rebbetzin,” she said, “I have serious problems. My son got involved with the wrong group of friends and left home. He went to Las Vegas.”

I was instantly reminded of my recent conversation with the gentleman who approached me on my way to that speaking engagement. The coincidence was striking. The woman went on to say, “And if things were not bad enough, he got himself into some trouble with the police. I don’t exactly know what he did but he’s in real trouble. My husband has had it with him and refuses to even engage an attorney for his defense.”

“Parents can never give up on a child,” I said. “Fathers and mothers have no option but to try to help their sons and daughters. Do what you have to, but get him back to New York and bring him to me.”

As I was telling her this I remembered a story my maternal grandfather, the rosh yeshiva Rabbi Tzvi Hirsh Kohn, zt”l, once told me. It was about the Rebbe of Tzernovitz, who had a rebellious son. The members of his congregation were so outraged by the boy’s behavior that they appointed a committee to take the matter up with the Rebbe himself. They were certain that once he was aware of the problem he would banish his son from the community.

It was a few days before Yom Kippur when they went to the Rebbe’s house. They found him immersed in penitential prayers. They could hear his voice through the door: 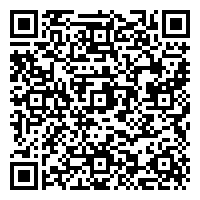