So, let me clear it up for you.

You lost, and there is no realistic coalition configuration that can give you a majority. So give it up already.

And the country isn’t divided either, as you claim. The Left won 24% of the vote (and that’s only by generously including Yesh Atid in your count, as that ideologically-empty party can swing both ways). You were rejected.

As for your job, your job is not to bring about new elections. The nation doesn’t want your communists, socialists, 2-staters, multiculturalists and polyculturalists.

And that whining about how bad and evil the government is?! It’s not even a week old, and it hasn’t done anything yet, so now you just sound like sore losers too.

We the people, want our government to run smoothly. We want our ideas advanced into legislation. We want our policies implemented.

Your job in the opposition is to push for your ideas, to fairly and democratically fight against policies you oppose, to raise red flags, to make sure those those citizens whose political parties didn’t win have a voice, and to keep the coalition honest.

But you’re not being honest when you vote against legislation that you yourselves would have passed if you were the ruling coalition.

That’s a dishonest opposition that exists for opposition’s sake, and not for any positive benefit to the country or to the Knesset.

And while you’re warming the back benches, consider why the people keep rejecting you.

The answer is simple.

It’s not as Anshel Pfeffer recently wrote in Ha’aretz, that Israelis have irrational fears, and the Left refuses to acknowledge them, and must now try to convince the average Israeli to get over those fears.

Pfeffer, a loyal leftist can’t see past his broken ideology either.

He thinks the country’s fears are irrational and not experiential. And that’s why his advice to his fellow leftists is wrong and won’t work.

Trying to convince us we’re wrong isn’t the answer. We’re not wrong. You are.

We know if the unrepentant Left get back in power, they will again try to ram their 2-state agenda down our throats (they say so straight out), and we the people know (from repeated experience) that this leads to buses and restaurants blowing up and missiles falling on Tel Aviv.

Until your mea culpa. Until you promise to never try to foist that on us again, until you internalize that this is wrong, Israelis are going to rationally be afraid of the Left.

And the nation isn’t stupid either.

Re-wrapping your plans under new names, and just changing the order in which you present them isn’t a new idea. It’s you stuck on your same old broken ideas, putting some new wrapping paper on it, and then thinking the rest of the country is stupid enough to not see what you just did.

Use your time in the opposition, and come up with some fundamentally new ideas, maybe even consider adopting some ideas from the Right, otherwise you’ll be sitting there for a very long time, being nothing more than an annoyance on good government. 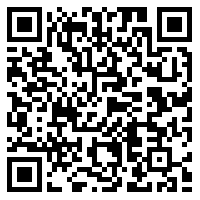