Amit Segal pointed this out today, and he is absolutely right. What Knesset Speaker Yuli Edelstein did today was a brilliant move. A Queen’s sacrifice if you will.

Blue&White and the High Court thought they had Edelstein boxed in with their anti-democratic move to illegally overthrow him and insert Meir Cohen, their puppet from Yesh Atid, in his place. But Edelstein potentially outmaneuvered them like a brilliant Russian chess player.


By quitting, Knesset law automatically hands over the speaker position to the most senior serving Knesset member. In this case that is none other than Labor party chairman Amir Peretz.

“The Knesset shall elect from among its members a Chairman and Vice-Chairmen. Until the Chairman is elected, the most senior Knesset member who is not the Prime Minister, a Minister or Deputy Minister, shall serve as Interim Chairman. In this section, “senior” means the one whose term of office in the Knesset is the longest, consecutively or non-consecutively, and among those with equal seniority – the oldest.”

On Friday, Peretz takes up the role, but the Knesset only reconvenes on Monday. But that’s probably a minor detail in the bigger picture.

Meanwhile, Blue&White spent the day trying to block and prevent Edelstein’s resignation and force him to hold the vote – after they tried to force Edelstein to kick himself out of office.

Why? After all they got what they wanted, didn’t they? They kicked Edelstein out.

Except that they didn’t get what they wanted. They need their puppet installed as speaker in order to control the Knesset and pass all their anti-Bibi laws.

So now Blue&White needs to kick out Amir Peretz – the man who on many-an-occasion shut down the entire country as Histadrut union chief — simply because he could.

But the only way they can get Peretz out is by forcing him to declare a vote that would kick himself out of his newly acquired position. A position he might possibly want to keep on his way to getting himself appointed president of Israel. And it’s unlikely he wants to see Meir Cohen in that job.

Can anyone see Peretz calling for that vote? And can anyone see him supporting a Blue&White coalition if they try to pull a High Court on him?

But if Peretz wants to stay on as speaker for the long-term, and if he wants a better shot at becoming president, he will need to act statesman-like and not turn the Likud against him, after all, together, the Rightwing bloc and the Labor party have enough votes to keep chairman/speaker Peretz in that cozy new chair for a number of good years. 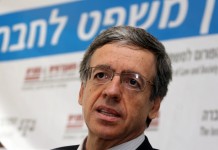 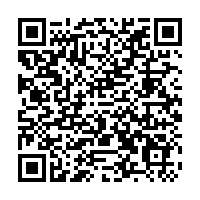