Jeremy Gimpel jokingly mentioned in a video, one method in which the Mosque on the Temple Mount might be removed.

The question is, even in jest, was Jeremy right?

With all due respect to this future MK, the answer is no, Jeremy was not right.

There are traditionally two interpretations as to how the Temple will be rebuilt.

The first is the one that, for instance, Neturei Karta firmly believes.

For them, the Temple will suddenly come down from heaven only after the Mashiach arrives (and the land is cleared of the Tsiyoinim), and human beings will have no apparent physical role in the matter.

Following the logic of that theory, the Neturei Karta apparently believe that the mosque will be squashed underneath the suddenly dropping Temple.

I wonder if they’ve bothered to mention that to their terrorist friends over tea.

But the more traditional belief is that we Jews will rebuild the Temple ourselves – and that is actually a far, far greater miracle.

So as I asked in the beginning, “What about the Mosque, which is rather inconveniently sitting where the Temple should be, how will it be removed?”

The simplistic answer is that it will be destroyed.

But both answers are wrong.

According to common Jewish thought, the Arabs, at the time of the Mashiach will remain in Israel – but they will fully repent.

You see, when the miracle happens that we Jews will be united in our vision that it’s time to rebuild the Temple, the Arabs will be there too, and they will lovingly dismantle the Mosque stone by stone on their own volition, and rebuild it elsewhere.

That is the second part of the miracle of the rebuilding of the Temple.

In the end, the Arabs will want peace, will recognize the spiritual value of the Temple, will recognize what they have to gain by being allies of the Jews instead of enemies, and they will then take the peaceful steps needed to properly honor and worship God.

May the Temple be speedily built in in our lifetime. Amen. 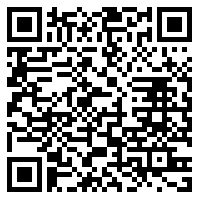