Well, there’s no deal, but there is a framework. And what are those secret clauses anyway?

If Iran cheats, the world will know it. And then what?


Personally, I’m wondering how exactly sanctions are going to “snap back” when it’s discovered that Iran is cheating, and US companies are heavily invested in Iran. Just not happening.

Also, quite scary to officially learn that Iran is only 2 to 3 months away from a bomb – I think that’s even less time than Netanyahu thought. Who knows, maybe they have one already, and just have to assemble it.

So the bottom line is, Iran gets to keep their nuke program at a lower setting, and modernize parts of it into modern research facilities with world approval.

They get a massive investment of dollars over the coming years as sanctions get dropped to never be restored again, no matter what Iran violates.

And Iran gets to continue to aggressively take over the Middle East, but this time with more money.

While President Obama is sure we can trust Iran because of some imaginary, non-existent Iranian fatwa against nuclear weapons (a fatwa that allowed the Iranians to get within 2-3 months of having nuclear breakout capability).

Can anyone say “bad deal”? 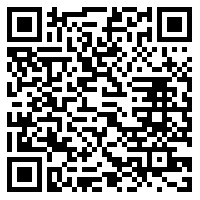