You can’t deny that there’s something inexplicably charismatic and compelling about the way President Obama speaks that makes you want to believe his arguments, even as they go against all logic and everything you know is true.

Obama could argue the sky is green and we live on Mars and he looks forward to the vigorous debate on the subject, and you’d want to believe him–if he was saying it in front of you.


Perhaps it’s his smile and intonations, maybe its his choice of words and body language, or his reality defying messages of hope and belief. It’s like Count Dracula’s hypnotism, you find yourself drawn into Obama’s blah blah blah.

I too have watched him speak about his nuclear deal, and I find myself just wanting to believe him…

…until I read the transcript and see everything Obama ignored, left out, wrongly disparaged, factually manipulated, spun, straw-manned and incorrectly argued.

But you finally understand how America voted for Obama’s TV presence, despite everything.

Last night I watched the Stop Iran Rally as dozens of speakers got up, each with varying degrees of eloquence (or lack of eloquence) attacking the Iran deal using history, logic and facts, as ten thousand people rallied in Times Square.

But I was also bothered and uncomfortable that this appeared to have been a predominantly Jewish-led event. A pro-Israel event.

It should not have been, but it was very much directed at Senator Charles Schumer and other Jewish Democratic Congressmen, who perhaps hold the keys to stopping this bad deal, so the speakers were trying to appeal to their greater Jewish values.

The truth is, the Iran nuclear deal is a far greater threat to America – “the Great Satan,” as Iran calls it –  than to Israel.

This deal also undermines everything the United States has fought for in the Middle East all these years, in the name of “diplomacy”.

This deal rewards the same Iranian terrorist state that provided material support to Al Qaida for 9/11, the Iran that undermined American efforts to rehabilitate Iraq, the Iran that cheated and lied their way to 2 months away from a nuclear weapon (despite Obama’s initial denials), the Iran that apparently still maintains secret nuclear weapons testing facilities in Parchin and other locations, and are, of course, still holding American citizens hostage, just to touch the tip of the iceberg.

While it was good to finally voices of sanity in America coming together and speaking out, I also fear there is too much money coming in from removing the sanctions, that the threats will be pushed under the rug for the profit and short term gains.

And when a new Farsi-speaking Middle East emerges, the US and the world will shrug their shoulders, bunker down, and turn to Israel to find new and innovative ways to defend themselves from Iran’s expanded global terror network pumped up on nuclear steroids.

They’ll ask themselves, as they awaken from their stupor, how did we get here and what do we do now?

And by then it will be too late. 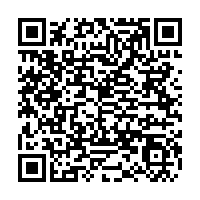