There are wider range ramifications to Netanyahu and the Likud’s victory than who gets to sit in the coalition.

To begin with, we’ve learned the Israeli public is healthy and balanced.


If nothing else, we discovered that the Israeli public no longer believes the leftwing “peace” pipe dreams and lies, and we recognize them as the fiction and danger they are.

And this could mean we can now search for more practical containment solutions to our regional problems, trying out new ideas, breaking away from the failed and murderous “Two-State solution” paradigm.

Simultaneously, we learned that economic issues are extremely important to the Israeli electorate, but we want them done responsibly, through the free market, and not through government enforced redistribution of wealth. And that’s the way to lower prices and increase the standard of living.

Once again we see that the Settlers and the Religious-Zionists are self-sacrificing for the greater good of the nation. By shifting between 4 to 7 seats from Bayit Yehudi over to the Likud, after the media (and Netanyahu) made it clear that a right-wing coalition was in danger, we showed we could look beyond sectoral politics and vote for the greater good, even if it didn’t seem to be in our personal best interest. We hope Netanyahu recognizes that sacrifice.

Now just as importantly is the message we send overseas.

The American people, as well as the Congress and Senate see a strong Netanyahu, with a clear message, firmly backed by the Jewish people.

That strengthens the resolve of the American people as well as the Congress and Senate.

Israel is going to face an even more antagonistic and undermining White House than ever before.

But the American people, knowing that the Jewish nation stands behind Netanyahu, will feel they have the moral high ground to push back. 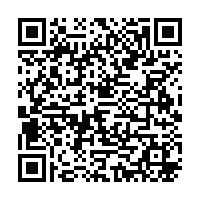