The Get, Judaism’s divorce document, was a revolutionary concept when it was introduced. It is a legal instrument that protects the rights of the woman from simply being thrown out of the house by her husband.

A husband cannot divorce his wife without her consent, and as a married woman, the husband had financial obligations towards his wife which he must fulfill. In an ancient world that hardly recognized a woman’s rights, this concept was downright radical. It protected the woman socially and financially.


But like most anything good in this world, someone will come along to find a way to abuse and distort it. The most common abuse of the Get being extortion. Since the Get requires consent from both sides, the husband or the wife can use it to extort and/or abuse the other, and unfortunately both sides have been known to do that to each other, lavishly.

But since the prohibitions on extra-marital relationships are far stricter on the woman, generally speaking, the woman often ends up as the weaker party in the fight. Typically you’ll hear more cases of men refusing to give a Get than of women refusing to accept it. I do know of a number of cases where the woman refused to accept the Get until she got the inequitable child custody terms she demanded.

Update: A reader pointed out a 2007 study which shows that in Israel, from the unresolved divorce cases, there were actually more women (20%) than men (19%) who refused to grant the divorce and use the Get for extortion purposes. That study didn’t show if among the closed cases, there were similar ratios of extortion.

Another important aspect of the Get is that it must be given and received through free will. There is a concept in Judaism, that a Jew always wants to do the right thing, so sometimes a little “convincing” (if you know what I mean) is all that’s needed to get him over the hump.

Habayit Hayehudi Chair MK Shuli Moalem-Refaeli submitted a bill that hopes to address the issue of Get denial among Orthodox men to help convince them to do the right thing.

Her law will strip religious men sent to jail for Get refusal of the extra privileges they’re used to when it comes to the religious practices they follow. They will be able to get Kosher food in jail, but not Glatt-Kosher/Mehadrin food.

They won’t be able to sit and learn in the Torah wing of the prison.

Essentially her message is, your ongoing behavior of withholding the Get is not pious behavior, therefore you will not be entitled to privileges and services that a pious person requires, demands or expects.

(Unlike a criminal act that was already committed and is over, withholding a Get is an ongoing act).

But, from what I understand, a law that clearly only targets a specific sub-population is legally problematic.

So while Moalem-Rafaeli’s law may be a very good idea in practice (or theory), it may also not be a very legal one.

If it passes in the Knesset, we’ll see if it stands up in the Supreme Court. 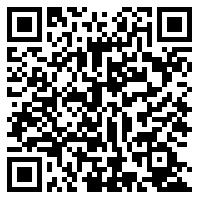