U’netanneh Tokef (ונתנה תוקף) is one of the most well known liturgical songs (piyyuts) – a description of the frailty of Man standing in judgement before G-d, who endures man’s sins and wants him to repent.

I think almost everybody knows the story of Rabbi Amnon of Mainz (‘Magentsa’ in Hebrew) in Germany, who was wiling to undergo intense punishment rather than convert to Christianity (see Wikipedia).


The story was written down by the 12th century Rabbi Ephraim of Bonn, who also gave us another interesting legend about the feud between the Israeli poet Yannai and his student Eleazar Kalir.

The Cairo Genizah gave us many fascinating finds.  One of these was a copy of Unetanneh Tokef, from which we know that it was written before the 10th century in Israel, or possibly nearby.  Researchers date it to the Byzantine era.  Some attribute it to the poets of the late Byzantine era, Yannai or Eleazar Kalir.  However, it may even originate from the earliest Piyyut period, in the 3rd and 4th centuries, as during this time anonymous poets wrote liturgies not confined by rhyme or meter.

The story of Rabbi Amnon might have an historical basis.  Amnon was a common Jewish Italian name, and we know that the ancient Israeli traditions, including the piyyuts, made their way from Israel to the Ashkenaz communities via Italy.

However, we should recognize that Unetanneh Tokef is part of our Israeli heritage.  It was written here in the Land of Israel, by Israeli poets, for Israelis.  For them, and for us, a cloudless sky, withering grass and flying dust are not just irrelevant similes, they’re the reality of the end of summer.

Unetanneh Tokef gives us a glimpse of the hardships faced by the Jews in that very obscure era,when the Romans destroyed Jewish life, and left us with the shards of pottery and memory.

Over the past year I’ve written about our history in this land.  It is not just a matter of history, it’s a matter of continuity.  Every generation, facing trials and tribulations, can relate to the words of Unetanneh Tokef.  Following the Yom Kippur War, this rendition by Yair Rosenblum, sang by the Givatron, made it into a modern Israeli hymn. 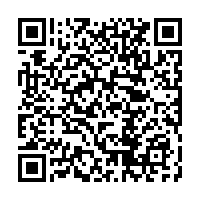