David Axelrod was manhandled across cyberspace for tweeting an attack against Republican donors Sheldon and Miriam Adelson on the morning of September 11th. Let’s be charitable here and forgive Axelrod his breech of etiquette given that campaigns become so intense you can easily get carried away without meaning to. Whatever the case, Axelrod was reacting to a report in the Huffington Post that if Mitt Romney won the election people like the Adelsons could save billions in taxes. The report also said that a repeal of the estate tax could save billions more.

As the Adelsons are arguably the world’s foremost supporters of Jewish causes and charities, this raises for a Rabbi who is also a congressional candidate the question of what is a bigger mitzvah: paying taxes or giving charity. Surely even Axelrod, or other critics of the Adelsons, are not suggesting the couple have a problem parting with their money, as they regularly contribute hundreds of millions of dollars to charity. Rather, the argument is that they should be paying higher taxes, and the payment of higher taxes on the part of the super-rich has been a constant campaign theme.


Mind you, even Obama and Axelrod have their limits. They are not advocating confiscatory taxation as is, say, France’s new President Francois Hollande, whose plans to tax those making more than a million euros per annum at a rate of 75% is already leading to an exodus of the rich. No, President Obama wants the Bush tax cuts to expire at the end of the year leading to a federal tax rate of 39% for those in the highest bracket.

But since America came into being as a protest against unfair taxation, what rate is fair, even for the super-rich? For example, in my home state of New Jersey a millionaire will pay, at present, 35% of his income to the Federal government and then nearly 10% percent to the state, and New Jersey was changed by Democrat Jon Corzine to a net income state, meaning you cannot deduct what you pay in Federal Taxes from your state tax bill. That means about half your income goes to taxation, and that’s before real estate tax (in New Jersey it’s arguably the highest in the nation), sales tax, and the myriad other taxes we each pay on a daily basis (take a look at your monthly cell phone bill to see if you can even count how many taxes there are).

Still we are told that America’s taxes ought to be higher. In New Jersey it hasn’t worked. People are leaving the state because they’re tired of being ripped off. So while we lost a Congressional seat, leading to a terribly bitter Democratic primary here in the 9th district, Florida and Texas, which have no state income tax, added a bunch. When I meet people campaigning, they tell me that taxes are the number one issue for them.

Are American citizens really expected to feel guilty about not paying enough tax? When we see such incredible government waste, should we be eager to fork over more money to see it so much of it squandered?

Take President Obama’s trillion dollar stimulus that seemed to have stimulated only greater American resentment at paying taxes. Nearly a trillion dollars was poured down a sinkhole but produced no jobs or greater economic performance. I even remember reading a story after the package passed in February 2008 of a public school that was sent hundreds of thousands of dollars to spend. The school responded they didn’t need the money. They had good facilities and new equipment. No matter. They were told they had to spend the stimulus funds.

I remember being deeply upset. I’m an orthodox Jew. I have a right to educate my children in the Jewish tradition, just as Catholic, Islamic, and Christian parents. I send my kids to a Jewish day school. But not a dollar of my hard-earned tax dollars is allowed to pay a single expense at my children’s Yeshivas and Jewish day schools, even for completely secular subjects. Religious parents throughout the country are having fewer children as they struggle to keep up with insanely high taxes and insanely high tuition. Yet here was a school having our tax dollars being shoved down its throat when it didn’t want or need the money. 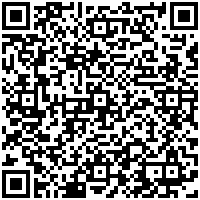