How does the political left win so many arguments? More than any other cause, it seems to be that the political right ends up time and again fighting on terrain which has been set out for them to lose on. Take two recent examples, one from the U.S. and one from the U.K.

In the U.S. last week Sandra Fluke addressed the Democratic Party’s convention. Ms. Fluke, it will be remembered, came to fame earlier this year when Rush Limbaugh criticized her congressional testimony. Ms. Fluke had appeared before the hearing to argue over whether she should pay for her birth control – as a student in her thirties – or whether someone else should pay for it. Being criticised by Limbaugh gave her a certain fame; by the time she stood in front of the Democratic party last week she was able to portray her opponents as not merely opposed to her, but opposed to women as a whole. Indeed worse.


The mandatory references to the idiotically wrong remarks about rape made by GOP Senate candidate Todd Akin were used to suggest that the GOP was actually a pro-rape party. Indeed in Fluke’s version it is even worse than that: according to her, the GOP rapes women twice over, seeking to deny them most, if not all, basic rights.

So Fluke’s stand became not over who should pick up the bill for her birth control, but what must be done to keep the Republican party from power. She was cheered to the Democratic party’s rafters for explaining how the Republicans “shut out” and “silence” women, whereas the Democratic party gives them microphones. She had “spoke[n] out,” she said, and suggested that this November “each of us must speak out” by voting for Obama.

It is true that almost any battle between two conflicting political ideologies can be made easier if you can frame the disagreement between you and your opponents as the difference between people who are in favour of rape and those opposed to it. If you do it fulsomely enough, you can even assume the wonderful aura of sanctimony Fluke did as she presented the political divide in this way. But whether originating from left or right, this is the shoddiest way to go about things. The right in America, however, is set on the run by this. So instead of it being the Democratic party which has to answer questions about why anybody but Ms. Fluke should pay for her birth control, or why a serious political party would put her on stage at their convention, the question remains whether Republicans are secretly or not so secretly in favour of rape.

This summer the U.K. saw a similar manoeuvre thanks to one of the most popular victories that the left could hope to achieve. Since the post-war Labour government, one of the main battle-grounds of British politics has been, as with America, the fight between Big State and Small State. For the British left this has been epitomized by not just gratitude for, but a kind of veneration of, the National Health Service (NHS). It doesn’t matter how many times you get bad treatment on the NHS, how many times the service fails you, or how many people you know die from avoidable infections in its hospitals – the British left will continue to tell you that the NHS is “the envy of the world.” It certainly is the envy of the third world, but there are few people from other first world countries who envy the NHS when they experience it. There are many criticisms to be made of the NHS, despite some of the excellent people who work in it. But those criticisms and the necessary corrections can never be performed as long as it is made not into a publicly-funded institution but a religion.

Knowing this, the political left continues to interpret any criticism of the NHS as tantamount to baby-killing: an expression of an obvious desire to see as many people die on the streets as possible. And this summer they got one of their best advertisements for the idea.

In the opening ceremony of the Olympics, directed by the movie director Danny Boyle, the NHS was not simply praised, it was worshipped, albeit in a strange nineteenth century version. Actual nurses played fake nurses in Victorian nursing costumes. There were no slovenly orderlies or people who had never paid into the system pushing their way in the waiting lists past those who had. What there was, instead, were these Mary Poppins-like figures smoothing down the bed-sheets of delighted, happy children. 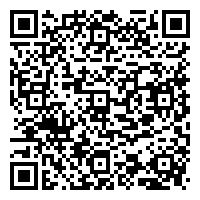