Candidate Obama said so many interesting things in 2008 when he was trying to get elected — when he wanted that Jewish vote. Well, I mean, if it’s not racist to say that he wanted to get the Jews out to vote for him.

At AIPAC, Candidate Obama said, “Jerusalem will remain the capital of Israel, and it must remain undivided.”


I can only assume that since Candidate Obama promised that before elections, then he wouldn’t have taken any steps during his tenure (any evidence to the contrary) that would contradict that promise, such as getting upset when Jews build homes in Jerusalem, or by demanding building freezes in Jerusalem from the Israeli Prime Minister.

Here is his 2008 AIPAC statement on Jerusalem:

Let me be clear. Israel’s security is sacrosanct. It is non-negotiable. The Palestinians need a state that is contiguous and cohesive, and that allows them to prosper — but any agreement with the Palestinian people must preserve Israel’s identity as a Jewish state, with secure, recognized and defensible borders. Jerusalem will remain the capital of Israel, and it must remain undivided.

I have no illusions that this will be easy. It will require difficult decisions on both sides. But Israel is strong enough to achieve peace, if it has partners who are committed to the goal. Most Israelis and Palestinians want peace, and we must strengthen their hand. The United States must be a strong and consistent partner in this process — not to force concessions, but to help committed partners avoid stalemate and the kind of vacuums that are filled by violence. That’s what I commit to do as president of the United States.

Candidate Obama also said, “But Israel is strong enough to achieve peace, if it has partners who are committed to the goal.”

Notice the qualifier that Candidate Obama put in that statement – “if” – if Israel had a partner for peace.

I can only assume that since it is absolutely clear that Israel doesn’t have a partner on the other side, then what Candidate Obama promised to the Jews before elections, would be respected by President Obama.

Candidate Obama promised to “not to force concessions” – such as settlement freezes, or threatening to not use the UN Veto, just to name two things that pop to mind.

After all, we should believe what Candidate Obama told us. Otherwise, I would be seething, infuriated and unimpressed.

Unfortunately the disparity between Candidate Obama’s pre-election statements and President Obama actions, “new positions and comments” have forced me to “reassess”…

You might want to check out Elder of Ziyon’s article on Obama’s pre-election Iran statements:

“If you abandon your dangerous nuclear program, support for terror, and threats to Israel, there will be meaningful incentives — including the lifting of sanctions, and political and economic integration with the international community. If you refuse, we will ratchet up the pressure.”

I wish we could hold him to that. 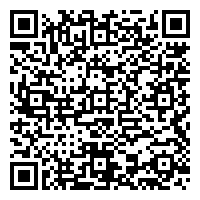