Moshe Feiglin: Loser (Netanyahu election shenanigans aside) Moshe would have done well in elections. It remains to be seen if Likud MKs will still have as much influence in the unity government, because right now his influence is through them. On the other hand, there’s a slight chance he may be entering the Knesset as a new MK to replace someone else who might be leaving. In which case, he will become a winner.

Chareidi Parties: Losers In or out of the coalition, it doesn’t matter. Some new, improved Tal law will pass, and that battle will be lost. Now it’s up to them to decide if they want to work together to make it a good law or not.

The Chareidim: Winners A new version of the Tal law will pass that will help integrate Chareidim into the work force and perhaps the army/national service, removing them from the cycle of poverty they’re currently in. And they’ll still be able to learn Torah. Exactly how good things turn out for them will depend on what their parties fight for and what they’re leaders are willing to compromise on.

Mafdal-Bayit Yehud-Ichud Leumi: Winners Really! They are just as irrelevant now (on a legislative level) as they were before, and they probably weren’t going to do that much better in the next election. But at least they got their act together and learned they can unify. That’s a very good thing. Hopefully it will last.

Ichud Leumi: No difference In or out of the coalition, it won’t make much of a difference, but do they really want to sit outside with just Meretz, Labor and the Arab parties?

Ulpana, Beit El: Losers The Supreme Court just decided to only give the government 2 weeks to destroy the homes. The new unity government is likely to do it. But they’ll probably compensate the owners at least. We’ll know in a few weeks if they are really losers here or not.

Settlements: Winners (hopefully) For the most part, we won’t see another Hitnatkut (expulsion), and Bibi may eventually legalize more outposts and pass laws to help others, perhaps even annex settlement blocks or Area C. As long they stay out of direct conflict with the Supreme Court, individual settlements should be safe. Overall the Settlement Enterprise should be OK.

Supreme Court: Winner Kadima is on their side, and will block legislation that will put limits on their extrajudicial expanded powers.

Israel’s Political Media Pundits: Losers They’re like deer in the headlights, they were completely surprised by what happened.

Israel: Winners As an aside Israel saved NIS 400 million on election costs. National Unity is a good thing (for all the vague reasons). It also means that the country is united in whatever challenges it may need to face with Iran. Perhaps we’ll also see a real revamping of the government system.

The Palestinians: N/A They don’t even have a pony in this race.

Iranian Government: Losers There’s a much higher probability that with such a large, stable unity government, and with (the Iranian) Mofaz at Bibi’s side, that a strike against Iran’s nuclear weapon production facilities is very likely.

The Iranian People: Winners Perhaps there will be more outside support to help them overthrow the Islamic regime, now that there is a stronger Israel.

The Jewish People: Winners
National unity is a good thing in religious thought. So overall, this should be good for the Jews. 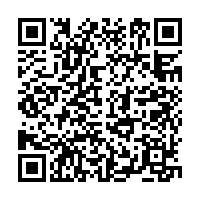