Last year, our friend Yishai Fleisher, who is also the spokesperson for the city of Hebron, managed to get an article published in the NY Times. Yishai discussed the Jewish people’s historical, religious, and legal rights to live everywhere in the Land of Israel.

Yishai focused most of his article on the failure and death of the two-state solution, and put forth five alternative solutions to resolve the conflict.

What Yishai was unaware of was the internal firestorm the idea of publishing his article set off in the NY Times editorial board meeting.

James Bennet, the editorial page editor for the NY Times spoke with NY Times employees, and discussed some of the conflicts they face when publishing certain op-eds.

Quite incredibly, some editors in the NY Times actually considered Yishai’s article to constitute “hate speech”.

And in reading the transcript, it sounds to me that in the end they concluded that it actually was hate speech, but they agreed to publish it so readers could confront it.

Here is the relevant excerpt from that discussion as published by Huffington Post:

“And that said, we have faced this over and over again. For example, we published a piece — well, I just gave away the punchline — but we had a big argument over a piece by a settler. And you know, pick your issue. For some people it’s climate change, for some people it’s trans rights, for others it’s a two-state solution and the fate of the Palestinians.

In this case, it was the settler saying, look, the two-state solution is dead and [it’s] time to face reality, and here’s some alternative paths for what the future would look like. And we had a real debate about whether this piece was crossing a line, because was it denying personhood to the Palestinians? Was it an act of, kind of, hate speech in a sense?

I felt strongly that we should publish the piece and we did, as did others. Because this particular viewpoint is hugely consequential. It actually is creating reality on the ground. To pretend that somehow we would be — either to think that we were legitimating that point of view by having it in our pages or to tell ourselves that we were somehow changing the reality by not allowing it into our pages seems to me to be deluded a little bit. And our readers need to hear it, like, unmediated, I think. They need to confront these arguments. And we published that piece, and we faced that.”

Leftwingers make such caricatures out of themselves when they declare ideas that compete or disagree with their own to be hate speech. 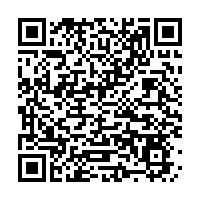