Here’s an excerpt from the Haaretz interview with Israel’s Refrom Judaism Executive Director Gilad Kariv. Notice how the interviewer slips in the nasty question:

…there’s no point in using the prettified language of reconciliation here. There is a direct connection between the book “Torah Hamelech” and the recent lynch in Jerusalem. To get a group of youths to carry out such an attack on an Arab youth, it takes a good few years of dehumanization of the Arab. We started the month of Elul with a Molotov cocktail that burned an Arab family in the territories, and with an Arab young man lying in intensive care as a result of a pogrom.

The threshold is going up. All the time. And here there is a planned, orchestrated, ideological effort that relies entirely on the distorted structuring of relations between religion and state in Israel, which gives these rabbis immunity, and budgets, and public positions and status. There is a grand project of dehumanization of whoever is not a Jew.

And of the other in general. The Arab is number one, although now he has competition for that ranking − from the migrant worker. While we’re sitting here in this air-conditioned office, refugees and their little children are in tents in Ketziot.

Like the concentration camps Leibowitz prophesied. Yes. There is also a detention facility where dozens of African youths have been sitting for many months because no framework was found for them. We’ve negated their humanity, we’ve removed them from the circle of human beings whom we must treat with dignity. And then this fellow − You know, I don’t want to use such words in talking about Eli Yishai …

For sure, there is no “direct connection” between the book, Torat HaMelech, and the youth who carried out the vicious attack on an Arab in Zion Square although since the trial hasn’t begun, we really do not know much, neither I nor the Reform Rabbi. A Rabbi, by the way, would steer clear of such an accusation, especially during the Ten Days of Penitence.

Yes, Kariv considers Lebowitz his teacher even though Leibowitz though this of the sect of Reform:

Yeshayahu Leibowitz had a harsh saying about you Reform Jews. He said: “It’s very nice and all, but it’s not religion.”

To ask him about Leibowitz would seem proper. But not to repeat a calumny. Goading and promoting Nazi comparisons is an evil discourse agenda. Done so easily, so flippantly. So carelessly.

And the editor let it through.

Visit the My Right Word blog. 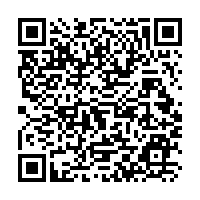