In what many, including legal scholar Harvard professor Alan Dershowitz, call “unconstitutional” restrictions on free speech, the board of the New York City Transportation Authority unanimously passed a new set of regulations governing the kinds of advertisements it will accept. The MTA is now empowered to ban any ad the  MTA

reasonably foresees would imminently incite or provoke violence or other immediate breach of the peace.

The new regulations also require disclaimers to be included in any political, religious or morality-based ads, stating  that they do not represent the views of the MTA.


These new regulations were announced on Thursday, September 27, just three days after the American Freedom Defense Initiative ads were put up after a lengthy and costly court battle brought by AFDI and its executive and associate directors, Pamela Geller and Robert Spencer, to enforce their First Amendment right to free speech.  That ad appears in 10 subway stations in the New York subway system.  It reads, “In any war between the civilized man and the savage, support the civilized man.  Support Israel.  Defeat Jihad.”

The spokesman for the MTA, Aaron Donovan, admitted to a reporter from The Blaze that the changes came in response to AFDI’s anti-Jihad ads and the ensuing litigation.

Initial reports were that commuters were passing by the ads without any noticeable responses, but apparently there were complaints that instilled fear in MTA board members.

There was at least one widely publicized attack against the ad, engaged in by Egyptian-American activist Mona Eltahawy. That attack was motivated by the woman, who has only been a U.S. citizen for one year.  Eltahawy claimed that her acts of criminal vandalism, which were caught on videotape by The New York Post, were legitimate acts of free speech and non-violent protest.

Eltahawy was arrested and charged with various offenses.  When she was released from prison the next day, Eltahawy was critical of her time in jail.  However, Eltahawy  neglected to mention that when she was detained by Egyptian police during the Arab Spring uprisings, her arm and her wrist were broken and she claimed the police repeatedly physically and sexually assaulted her.

The New York Times reported on the new restrictions, without any comment regarding the potentially unconstitutional regulations.

Instead, the venerable leader against the assault on the First Amendment – The New York Times – merely reported the outlandish statements made at a press conference announcing the changes, by the MTA chairman, Joseph J. Lhota.   “We’ve gotten to the point where we needed to take action today,” Lhota said, in what must have been a reference to anger directed at the anti-Jihad ads, “You deal with a free speech issue with more free speech.”   Like Eltahawy, Lhota appears to believe that free speech includes official action taken to restrict free speech.

The MTA may hope it has avoided a First Amendment challenge because its restriction is “viewpoint neutral.” This is because the new regulation does not overtly single out any special group or groups for special treatment, which was the fatal flaw pointed out by Judge Englemayer in his July 20 ruling which forced the MTA to finally post them, after a year-long delay caused by their rejection of that ad on grounds determined to be unconstitutional.

The new restriction is sure to inspire potent legal challenges on other constitutional grounds.  For example, can one “reasonably foresee” what kind of ad will “incite violence” or a “breach of the peace”?  A legal challenge on numerous grounds should be anticipated, as predicted by Dershowitz in an interview with The Algemeiner, in which he referred to the new rules as not only “unconstitutional,” but also “plain dumb.”

And to argue that ads, such as the anti-Jihad ones, will incite violence, whereas the pro-Israel ones would not, because they did not, might lead to an argument underscoring the point of Geller’s ads. That ads perceived by Muslims, to be anti-Muslim, such that they justify violence, could conceivably be used to prove that Muslims are unable to tolerate First Amendment norms in the same way as do other ethnic groups.  And that argument itself might, under this theory, incite violence. 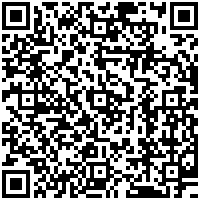