The first time I “read” the Torah, I actually listened to an audio recording of it on my iPod.  Much of it washed over me due to the arcane translation, and me not reading along, but one story stood out for me loud and clear.

It was the story of “The Rape of Dinah” (Genesis 34).  Here’s the short version: Dinah, daughter of the Patriarch Jacob, was raped by the son of a foreign king.  The son fell in love with his rape victim and wanted to marry her.  And so he asked for Dinah’s hand from her father Jacob.  Jacob’s sons – Simeon and Levi – concocted a ruse.  They said yes, you can take our sister Dinah – under one condition: all of the men in your city must get circumcised.  The king agreed, and all of his men were circumcised.  When they were all weakened with pain, Simeon and Levi came into their city, killed them all, and took Dinah back home.  The end.


Now, even though Simeon and Levi were following the principle to do whatever it takes to save innocent life (their sister Dinah), virtually all commentators – and even Jacob on his deathbed – condemned what Simeon and Levi did as wrong.

I see it differently.  In my mind, what Simeon and Levi did was great.  Totally badass.  Like…Hugo Stiglitz badass, from Inglourious Basterds.  I love this story, because it shows exactly how to deal with bad people.

For one thing, it worked.  It solved the problem.  If they had refused to give Dinah away to her rapist, the rapist would have taken her anyway, a fight would have ensued, and the King’s army would have likely killed all of Jacob’s family, thus wiping God’s chosen people from the Earth and from history.

If they gave Dinah away to her rapist, they would have lost their sister (a precious, innocent life) and they would have shown weakness to the bad people.  My considerable experience with bad people is: showing weakness to them never, ever works.  Not ever.  Never.  As evidenced by the entire arc of human, and Jewish, history.  Had they let Dinah’s rapist take her away, more rapists would have surely come for more of Jacob’s daughters, and it would have escalated from there – giving the Jews yet another group of tormenters to run from.

But that didn’t happen.  Because Simeon and Levi solved the problem.  They killed the bad people.  And, because they killed the bad people, the Israelites never again had to look over their shoulders in fear (of this particular band of tormenters).  Can you point to any other time in the Torah, or in Jewish history, when a threat to Jews and Judaism was solved?  Finished?  Ended for good?

Am I being too Stiglitz? 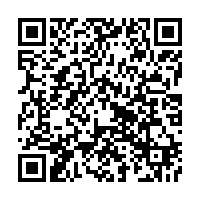