“Police say a man named Joseph Glynn Farley was arrested in a Southeast Texas city for riding his unicycle in the nude, distracting drivers and creating a hazard.”


Right away, like you, I’m thinking, isn’t it obvious? The guy is riding naked on a unicycle, folks are going to stop and take a look – right away you get a traffic jam.

Not so. The real story was hidden a few paragraphs down:

“Kemah police Chief Greg Rikard says Farley had been falling off the unicycle and into traffic.”

You see? No one had a problem with him taking off his clothes and riding naked on his unicycle – if he wasn’t so terrible at it.

It just goes to show, whatever you do in life, do it well!

Diane Blitzer invited me to come see her blog, “A Jew in the Rain,” and one of her latest entries, under the Dart Vader goes Winnie the Pooh headline “In Which I Cross Over to the Dark Side,” is all about the things we get other people to do for us which should be absolutely and completely ours to do.

“This month, I became one of those parents.

“Those square, unenlightened, irresponsible parents… the ones who outsource their children’s education, even before the child is old enough to string together a complete sentence.

My life’s dream has been to live on an urban kibbutz where everybody is part of one large, extended family, and everybody takes care of everybody.

Good luck with that one. My visits to actual kibbutzim have yielded a far less benign and dreamy reality, and some of my best friends are still trying to get rid of their childhood stammering and night sweats from having been raised in the dreaded “children’s room” on a kibbutz.

Diane’s dilemma is so 21st century, though:

“I work from home and charge by the hour, and there is just no way to compile an honest time-sheet for work done with one hand while the other tries to prevent the Child from pouring from her sippy-cup into the keyboard dsothattyingtotyeedsultdsinthids.”

Nina Stone writes in “The Factual Opinion” about a comic book named “The Rabbi’s Cat” by Johann Sfar:

“As a seeker and a Jew, I found myself in my adult life identifying as Jewish (a Consecrated, Bat Mitzvah’d and Confirmed Jewish Woman), without really understanding what it is the Jews believe in… It’s only been in the last 5 to 10 years that I started to learn, after attending ultra-religious ‘Beginner’ High Holiday services at Aish HaTorah in NYC…

“Those feelings—questions, doubts, all the rest—came up while I was laughing my way through ‘The Rabbi’s Cat,’ and are a big part of why I found this comic so affirming.”

“Overall this entire book ends up being less about the cat and more about the Rabbi. It’s about the Rabbi’s dedication to God and to Judaism as he faces the challenges of potentially losing his position (a misunderstanding) to a younger Rabbi, and losing his daughter to the same young man. He goes on a journey both physically and spiritually as he travels with his daughter and her new husband (and the cat) to Paris from Algeria.”

Read Nina’s review, which is extensive and well written, and, I hope, get Sfar’s promising comic book – I know I’m going to.

Here’s the first installment of something I’ve been meaning to do for some time, trace the sources of Jewish stuff online, and bring a plethora of Internet info, some of it, if I’m lucky, contradictory, and, better yet, funny.

Thanks to “4Torah” for their amazing Torah search engine, which cuts out the drivel and serves up only relevant results. And thanks to Dov Bear who included a link to their site in his entry. 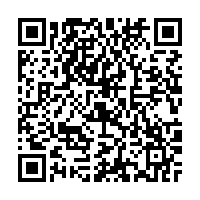