Jerusalem, September 6 – Advanced Jewish scholars have been studying and claiming as their own an ancient work called the Palestinian Talmud, in what Palestinian activists say is yet another theft by Jews of everything Palestinian.


The Palestinian Talmud, compiled in the fourth century CE from earlier sources, has been studied and analyzed for many centuries in yeshivas, though much less than its later Babylonian counterpart. Pro-Palestinian advocates are railing against this prolonged act of appropriation, which they claim is an attempt to negate Palestinian culture and recast it as Jewish in the ongoing Zionist effort to displace the indigenous Palestinian people.

“They even call it the ‘Jerusalem’ Talmud, as if that somehow makes it Jewish,” charged Ali Abunimah, who runs the web site Electronic Intifada. “It’s not even written in Hebrew,” he noted, but Aramaic, the vernacular in the Holy Land when the Palestinian Talmud was developed.

Scholars note that even the content of the Palestinian Talmud has been Judaized. “It looks like all obvious references to indigenous Palestinian culture have been scrubbed from the text, and replaced with discussions of Jewish ritual and legal matters,” argued Dr. David Duke. “Under normal circumstances I would steer clear of anything called ‘Talmud,’ which everyone who’s anyone knows is the source of so much mendacity and violence, but here we’re talking about something we call ‘Palestinian,’ so it can’t be as bad as the other kind.”

The dawning recognition of the Palestinian Talmud as Palestinian is but the latest element in increasing awareness of the existence of a distinct Palestinian culture that preceded the mass Jewish immigration to Palestine that began in the late nineteenth century. The land, then under Ottoman control, followed by British as of 1917, was referred to internationally as Palestine, not Israel, including such contexts as postage stamps, sports teams, pavilions at the World’s Fair, maps, and tourism promotions, among others, the predominantly Jewish content and participants of those institutions notwithstanding.

Duke also noted that the Palestinian Talmud, as Judaized as it has become, still does not receive the pride of place it deserves in Jewish study. Jewish scholars claim that the Babylonian Talmud was redacted later and accounted for the Palestinian Talmud’s content, and is therefore considered more authoritative, but that does not convince him. “There’s clear racism in practice here – yeshivas spend lots and lots of time on the Babylonian Talmud, and not nearly as much on the Palestinian, and that has to be because they know it’s someone else’s that they’ve stolen,” he added. 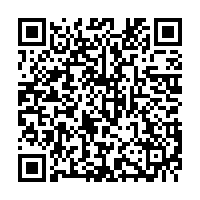