“Many Ukrainians are horrible people and I don’t want them to come to Israel. Let me explain: if you had a bowl of 500 Skittles, and three of them were poisonous, would you eat any of the Skittles? Of course not. It’s the same as Ukrainians, even if most are good people, the risk of one criminal Ukrainian should dictate we don’t let any of them in to Israel.”

This was a participant’s answer to an educational discussion about Israel, refugee aliyah, and Zionist values. Our Zionist discussions tackle issues that demonstrate Zionism’s relevance in our times. Israel has a policy of not allowing criminals to immigrate. We asked whether Interior Minister Ayelet Shaked’s new policy of suspending criminal background checks for Jewish Ukrainian refugee immigrants was consistent with Zionist values.


The young student didn’t think up the answer but was quoting Donald Trump Jr. explaining his father’s ban of Syrian refugees from entering America. I’m sure this argument resonates with many people, especially those who place security as their top priority, but I don’t think it reflects Zionist values. “The state of Israel will be open for Jewish immigration and for the Ingathering of the Exiles,” reads the Israeli declaration of independence. Israeli Prime Minister David Ben Gurion stated, “Our daily efforts are dedicated to the ingathering of exiles, the absorption of the immigrants.”

Aliyah, immigration of Jews to the land of Israel, has always been a Zionist priority. Former Israeli Knesset member and ambassador to the United States, historian Michael Oren, wrote, “Far beyond the professional, educational and military benefits brought by olim, aliyah was and remains a central Zionist tenet. Without it, we are in danger of devolving into just another developed country concerned only with sealing its borders to immigrants. Precisely at a time of rampant anti-Semitism, Israel will fail to fulfill its primary historical mission of providing shelter for oppressed Jews worldwide.”

Israel’s Law of Return guarantees that every Jew who desires to settle in Israel can move to Israel unless they are engaged in an activity directed against the Jewish people; or they’re likely to endanger public health or the security of the State. In 1955, the law was amended slightly to specify that dangerous criminals could also be denied that right. The exceptions built into the law of return play a crucial law in ensuring the safety of every Israeli, but they are exceptions, not the foundation of the law. Israel was built on putting national energy into having Jews move back to Israel, not keeping them out of Israel.

As the crisis in Ukraine unfolds, more and more Ukrainians are put at risk. In the past few weeks over two million Ukrainians have become refugees or been displaced because of the war raging through their country. Jewish Ukrainians are just as affected as other Ukrainians. Zionism doesn’t maintain Jews have a right to the land of Israel so that Jews will have a place of refuge, the Jewish right to their ancestral homeland stands irrespective of Jewish safety and security. Yet early Zionists urgently advocated for a Jewish state to secure a place of refuge for Jews in danger. Jewish safety and security were so paramount to early Zionists, they even considered founding the Jewish State in Argentina or Uganda until the land of Israel could be secured for the State of Israel.

The founding fathers of Zionism and the State of Israel knew that as long as there were Jews in the Diaspora, antisemitism and danger would be a constant reality. They recognized the importance of ensuring Israel would always be ready to welcome Jews in danger from around the world. The failure of world Jewry to secure safe refuge for the Jews of Europe during the Holocaust created a resolve among Israelis to guarantee there would never be such a colossal failure again. Whether it was Yemenite, Ethiopian or Soviet Jews, Israel opened its borders and arms for Diaspora Jewry in trouble who needed a place of refuge.

Ayelet Shaked, the Jewish Agency, and the Israeli government deserve to be applauded for minimizing restrictions to ease the way for Ukrainian Jews to find shelter in Israel from the war raging in their country, and they should be encouraged to do whatever it takes to get our Jewish Ukrainian brothers and sisters home to Israel as fast as possible. The Israeli people, from those opening their homes to displaced families, to the volunteers dancing at the airport greeting new arrivals, to the thousands of donors giving to people they’ve never met before, have shown their true colors. Zionism was built on strengthening our nation, and today’s Zionists are coming through strong.

There is a risk that a few of the refugees coming today will pose a danger to Israeli society. Israelis have always been a people willing to take risks for a greater good. Under “normal” circumstances, when war isn’t raging, people aren’t sheltering or running for their lives, and proper immigration procedures can be followed, it makes sense to filter prospective immigrants. But when emergencies occur, it is appropriate to suspend the usual rules and guarantee the Jewish people can find shelter in their homeland. Opening the doors for Jews to find a safe home is a Zionist value and priority. 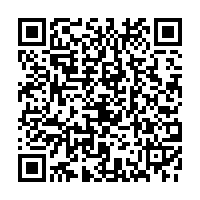