When compared to the rest of Jewish history, it is evident that the times we live in are magical. The Jewish people are safe, they govern their homeland, the land of Israel, and they are exceedingly successful. Besides enjoying one of the best economies in the world, operating one of the best militaries in the world, Israelis are consistently ranked among the happiest nations of the world. The Jewish people spent thousands of years dreaming about returning to the land of Israel, but they never imagined the return would be this wonderful.

Many argue that this generation of Jews has been spoiled by living at a time when there is a state of Israel. To an extent, the generations that suffered the exile and saw the birth of the state of Israel are able to appreciate the state more than the people of the current generation born into an already existing state. The people born into the already existing Jewish state can’t understand what life was like before there was a Jewish state.

Zionism provided the Jewish people a state where they were afforded a refuge from their enemies. It also created a state where Jews could actualize their rights to their own state and land. The state that Zionism created was a place where the Jews spread throughout the four corners of the land could return and gather in one place. On a spiritual and cultural level, Zionism has been a boon to the Jewish people. Zionism has created more Torah study than at any previous point in Jewish history – even at Mount Sinai. Jews from around the world who didn’t even know the other existed have united as a people in Israel. It isn’t uncommon to see Jews from Russia, America, Ethiopia, and Yemen all mingling together in Jerusalem’s Machaneh Yehuda marketplace. Maybe most importantly, for the first time in thousands of years Jews can raise their heads high. They are the elite of the world today.

If there had been no Zionism and no movement to reclaim Jewish rights to their homeland, none of this would have come to fruition. Jews would forever have been victims, left to the violent and antisemitic whims of their gentile and Arab neighbors. Jews wouldn’t enjoy the right to determine their own future, to protect themselves and afford themselves the means to prosper as a nation without the efforts of early Zionists and their movement.

At its inception Zionism was a source of division and concern among the Jewish people. Many Jews of Eastern Europe were concerned a Jewish national movement would stir antisemites to take action against the Jewish people. Western European Jews thought a Jewish nationalist movement would generate accusations of dual loyalty – just as Jews were beginning to successfully assimilate into German, French and English upper society. Rabbinical scholars felt that Zionism would cause Torah to be forgotten as Jews traded their mitzvah observance for Zionist aspirations. In the back of all Jews’ minds was the thought that a Jewish state could weaken Diaspora Jewry and put the Jews outside of Israel in a weakened position.

A hundred and fifty years after Zionism began picking up steam in the Jewish world, it is clear that the overwhelming amount of Jews support Zionism today. The reasons are clear. Whatever reservations Jews had about Zionism, even those that might’ve come true, it is clear the benefits of Zionism and a Jewish state far outweigh what Jewish life would be like today without a Jewish state in the land of Israel. 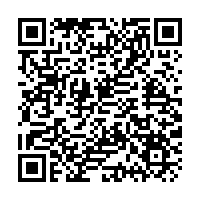