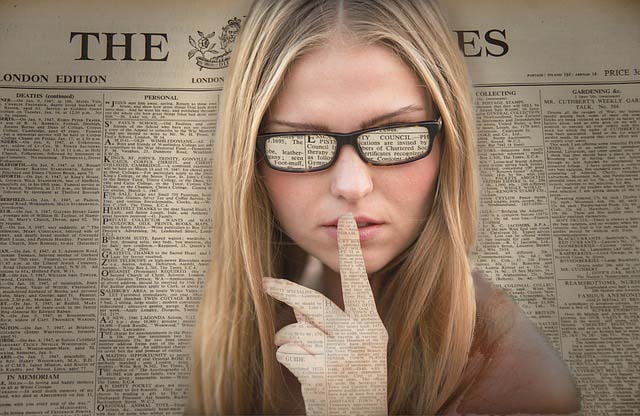 On December 2021, the Haredi news website B’Hadrei Haredim published an item about a meeting between President Isaac Herzog and MKs with the leadership of the Reform and Conservative movements, and the Women of the Wall. As part of its routine practice, the website blurred the faces of the women in the picture from the meeting.

B’Hadrei Haredim is an independent publication financed by advertising and does not rely on public funding. You would think that as such, it should be free to have its own editorial policy in keeping with the values of freedom of the press.

According to Prof. Lucas Scot Powe, a leading historian of the Supreme Court, in his book, “The Fourth Estate and the Constitution: Freedom of the Press in America,” freedom of the press gives the printer or publisher exclusive control over what the publisher chooses to publish, including the right to refuse to print anything for any reason. In the US, this includes the right to blur images that the publisher finds offensive to the readers.

Not in Israel, at least not until the Reform movement and its anti-Haredi cohorts saw the blurred image in the Haredi publication.

Israel, where there’s one attorney per 30 citizens (I kid you not), is the victim of extremely excessive litigation, and so the judicial powers that be introduced an extra-trial process called Bridging, where both sides pay an attorney to help them reach a compromise and spare the courts unnecessary work. The mediation, in this case, was conducted by attorney Nurit Heinrich, and in the end, it was agreed by the parties that the website would publicly apologize and pay compensation to the plaintiffs.

I understand why the website decided to fold, pay a token in compensation, and run an apology an hour before Shabbat, so most readers won’t be exposed to this humiliation (they were subsequently required to run it again after Shabbat). It’s a business, and its job is not to climb on barricades. It’s too expensive.

But I can’t understand how any liberal-minded woman or man can view this as a victory when what they accomplished was repressing the legitimate rights of an editor to shape the content of its publication as he or she sees fit. And I know, having been a few years in this business, that this “victory” will eventually come back to haunt the plaintiffs.

The rights to freedom of speech and freedom of the press are not tested by protecting mainstream articles about the importance of drinking milk. Their job is to protect the ugly stuff, the annoying articles, the extreme views, this is how a democratic society is tested – and the angry ladies of the non-Orthodox tribe in Israel have betrayed everything they claim they stand for.

And all of it for the sake of humiliating a Haredi publication. What a sad day it is for Israel’s democracy.

The reaction came within minutes: on Tuesday, Israel Hayom reported that United Torah Judaism has added a demand in the coalition negotiations: an amendment to the law saying any publisher may refuse to publish content that harms its readers, as well as force the publications put out by government ministries to observe the modesty rules of the Haredi public.

Does this mean no more women on government-issued brochures? Who knows? Will that be the extent of the damage from the non-Orthodox ladies’ lawsuit? Not a chance.

Here’s an idea: many publications black out parts of images that they feel would disturb their readers. In the future, instead of blurring, just smear a thick, black rectangle over each of the women in the picture.

And wait for the envelope from their lawyer.

Since when do we qualify free speech as being at the harm or expense of someone else? #TheFive pic.twitter.com/AV06VNI4ID