One of the most heartbreaking points I make to high school students in my Israel political advocacy classes is that when they face unjustified anti-Israel attacks on their future college campus or in an elected official’s office while lobbying, they probably won’t be facing a Palestinian but an anti-Israel Jew. Many of the most anti-Israel groups include the word “Jewish” in their names or mission statements. Many of these groups release statements that begin with the words, “As Jews, we feel…”


Jews demonizing Israel and Zionism isn’t the first incident of Jewish self-hatred in our history. Almost from the inception of our people, as we stood at Har Sinai, Jews began acting against their fellow Jews. This infighting continued and led to the spies undermining Moshe by spreading the false notion that the Jews couldn’t defeat the Canaanites. Their words demoralized the Jewish people and doomed them to dying in the desert. More than a thousand years later, the Greeks invaded the land of Israel. After bringing their culture to Israel, the Greeks decided to force their philosophy on the Jews. When the “Evil Greek Empire stood against the nation of Israel to force them to abandon their Torah and violate the laws of God,” they had help from many Jews.

Three times a day we pray for the demise of Jews who choose the cultures around them, abandon their own values and stand against their fellow Jews. The prayer of “V’alamalshinim,” was written by Shmuel Hakatan and added to the Shemoneh Esrei prayer more than 1,500 years ago. The prayer is clear –it asks G-d for the elimination of these people. Jews standing against Jews wasn’t a limited phenomenon; it was so widespread and destructive to the Jewish people that the Rabbis added it to the nation’s prayers. The Rabbis’ concern is just as relevant today as it was a millennium and a half ago.

There are three causes of Jews standing against their own people and values. First, there are Jews who are non-conformists and stand against any form of Orthodoxy. They maintain that humans should have the freedom to act as they desire, and any form of order or rules that restrict that behavior is inherently wrong.

Second, many Jews often take issue with authority and those who impose their authority on others. Borne of thousands of years of Jewish persecution by the hands of evil authorities, the aversion to authority stems from self-preservation. But when applied comprehensively, especially to the Jewish people’s own traditions and values, healthy skepticism of authority becomes a corrosive force that damages national unity, morale and ethics.

Lastly, Jews have long been taught to stand up for the powerless. This admirable trait became crucial to Jewish survival because Jews were so often the powerless victim. These sensitive souls are challenged by Jewish power. The Jew they feel comfortable with is the Jewish victim. When there’s no Jewish victim to stand up for, they do the next best thing, identify with a people made into supposed victims by Jews. Today, a powerful Israel has pushed them to stand up for the Palestinians who claim to be victims of Israeli oppression.

One important caveat to the above discussion is a point I make to my students about criticism of Israel. Israel, like any other country, is deserving of a great deal of criticism. Open an Israeli newspaper or listen to a Knesset session and you’ll hear more criticism of Israel than praise. There’s nothing nefarious about criticizing Israel. It is the demonizing, slander and delegitimization of Israel that must be countered.

It is unfortunate that so many Jews don’t see the value of the Torah, Jewish values, tradition, and Zionism. I take comfort in the success of Judaism and Zionism and the millions of Jews that have remained loyal to our traditions. We can choose to focus on those who have veered from our ways or focus on those looking to build the dream of Jewish peoplehood. The wise choice to focus on the positive and by strengthening our people, we’ll ensure our success. 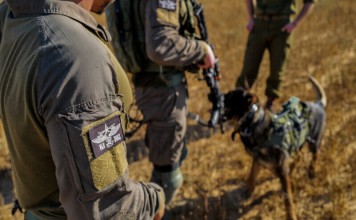 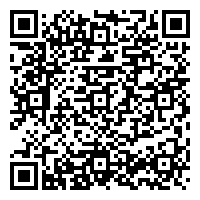