Every year, on May 15, Israeli Arabs mark the Nakba, that is, the disaster that has befallen them in consequence of the establishment of the State of Israel. For some reason, for generations, Israeli governments and Israeli ministries of education were in denial of this event or ignored it altogether. This, in my opinion, was a mistake.

The Nakba, in its true meaning, should be taught in every high school in Israel and particularly in Arab localities. The word “Nakba” in Arabic means catastrophe and indeed a catastrophe befell the Arab inhabitants of Palestine for reasons that the Arabs brought upon themselves by their own deeds.


For what is the story of the Nakba? On November 29th 1947, the United Nations General Assembly decided to divide Palestine west of the Jordan River, between the Jewish people and the Arabs of Palestine. The Jewish leadership accepted the partition plan while the Arabs opposed it. Immediately after the partition resolution, there were clear threats from Arab sources that if a Jewish state was established, the armies of Arab states would invade the newly born Jewish state for the purpose of destroying it and “throwing the Jews into the sea”. These threats were made by leaders of the Arab states and also by leaders of terrorist gangs that roamed Judea and Samaria and the Galilee.

When the British left the country on May 14th  1948, the Jewish leadership declared the establishment of the Jewish state naming it the State of Israel. Loyal to their threats, the next day seven Arab armies invaded the Jewish state in violation of international law with an avowed object to annihilate Israel. If they would have succeeded in their plot, it is very likely that a large-scale massacre of the Jewish population would have taken place in no different way than the Hebron massacre of Jews in 1929.

In order to facilitate the destruction of the Jewish state, Arab leaders advised and even ordered the local Arab population to evacuate the area for several days or weeks until the area was cleared of Jews and then the Arabs could return to their homes safely. As a result, most Arab residents left their homes in the hope that they would return to their places of abode soon after the occupation of the country by the Arab armies was complete.

However, the regular armies of the Arab states, for all their weapons and equipment, failed to achieve their purpose. Moreover, the Jewish community even expanded the territory of the Jewish state beyond the borders of the partition. This did not occur without a great loss in Jewish lives. The Jewish community in Palestine suffered as many casualties as 1% of its total population to achieve victory. And in numbers, the Jewish community had about 6,000 dead out of about 600,000 Jewish inhabitants, many of them Holocaust survivors.

The Arab Nakba did not result from the establishment of the State of Israel. It was because of their endeavor to annihilate the newly born State of Israel, and their failure to achieve their purpose.

The Arab Nakba did not result from the establishment of the State of Israel. It was because of their endeavor to annihilate the newly born State of Israel, and their failure to achieve their purpose. should they not have waged an all out war against Israel, it is very likely that the Arabs of Palestine would have thrived and reached a high standard of economic growth and political independence alongside the Jewish state.

As a result of the war, and the defeat of the Arab armies, persecution of Jews in Arab countries reached an unprecedented climax. Prominent Jews were hanged in the main squares of Baghdad, and many others had to flee Arab countries leaving almost all their property behind which was soon confiscated.

And so, the refugee problem arose on both sides. About the same number of Arab refugees who left the territory that became Israel, there arrived Jewish refugees from Arab countries who fled Arab persecution and terror. These Jews became refugees in transit camps in the first years after the establishment of Israel. However, while Jewish refugees from Arab countries were absorbed into the Jewish community, the Arab states, that actually caused the Nakba, deliberately decided to preserve the Arab refugee problem for propaganda purposes aimed to bash Israel. Israel, on the other hand, hardly resorted to public diplomacy, and thus failed to convey to the international community the true story behind the Nakba.

The Nakba story resembles a case of someone who made an attempt to murder his neighbor and failed. The victim led to his arrest. As a result, the attacker was tried and imprisoned. Now, the attacker’s family and supporters mourn the attacker’s fate, for being incarcerated, for losing his freedom, and for the suffering of his family, putting the full blame for this situation on the victim, while the entire   neighborhood sides with the attacker and not with the victim.

If Arab states had not invaded Israel in order to destroy the Jewish state, which was in itself an act of aggression contrary to the UN Charter and international law, the refugee problem would never have arisen, the Arabs would not have been forced to flee, and there would have been no Nakba. On the contrary: since 1948, they could have had an independent Arab state living alongside Israel in peace and prosperity. In other words, it is not the establishment of the State of Israel that is the reason for the Arab Nakba, but their failure to destroy the Jewish state. This is a true case of a sinner who, by his own deeds, receives the punishment he deserves.

As long as the Israeli Government and Ministry of Education continue to be in denial of the issue, they give rise to the Arab narrative which argues that the birth of the Jewish State per se was the prime, if not the only, cause of the Palestinian Arab Nakba. This argument as shown above, like many others based on Arab narratives, is false, devoid of any foundation in reality. 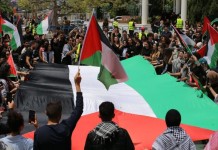 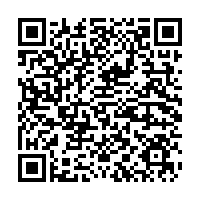