The modern political movement known as Zionism began in the mid to late 1800s. Theodore Herzl, largely credited with starting Zionism, was concerned with the safety of the Jewish people. During his lifetime, antisemitic violence was rising in Europe and Herzl was convinced only a Jewish state that provided protection to the Jewish people could guarantee the security of the Jewish people. A secondary goal, and one that only came later in Herzl’s plans, was the actualization of the Jewish right to determine their own future in their historic homeland, the land of Israel. It was Herzl and other Zionists’ focus on Jewish security and return to their homeland that caused people to characterize Zionism as a purely particularistic movement.


Zionism was a revolutionary nationalist movement unparalleled in its time. It aimed to gather millions of Jews from around the world, unite them as a single people, and bring them back to their historic homeland they had been exiled from almost two thousand years before the movement began. Zionism claimed the Jewish people had sole rights to the land of Israel. While Zionist leaders eventually acquiesced to the United Nations’ partition plan which severely limited greater Israel to a small sliver of land, they never thought anyone but the Jewish people shared the same rights and historical connection to the land of Israel as the Jewish people. It’s easy to characterize a movement whose primary concern is one people as a purely particularistic movement. It would also be a great misunderstanding of Zionism.

There are universalistic aspects to Judaism as well. The directive for Jews to be a light unto the nations isn’t just about Jewish behavior but also relates to the imperative for the Jewish people to help improve the world around them. The Jewish people can’t look away when faced with the world’s problems, they must come to help the world. Universalism is inherent to Jewish values and practice. Just as particularistic Jewish traditions and values extended to Zionism, so too, the universalistic aspects of Judaism extended to Zionism as well.

Zionism was never meant to be a movement that focused purely on the Jewish people and Jewish state. Early Zionist leaders always saw the Jewish state they aimed to create as one that would lead the world in technological innovation, medical discovery and scientific research. They couldn’t perceive the hi-tech world Israel has flourished in, but more modern Zionists have taken up their charge ensuring the State of Israel has become a world leader in hi-tech and business.

All too often modern thought and concepts are projected onto old systems. The old systems and movements are expected to align to values the world adopted decades after they existed. This kind of retroactive judgment is unrealistic and can never meet the verdicts of future generations. This is true of Zionism as well. The modern political movement of Zionism was founded in a specific time in the history of the world when the values of the world sharply contrasted with today’s values. To expect Zionism to have foreseen the progressive values of today, especially when none of the world’s movements matched it isn’t reasonable. Considering it was a movement bent on saving Jewish lives through a nationalist movement and still focused on the rest of the world, Zionism itself was a progressive movement whose values matched today’s values well. 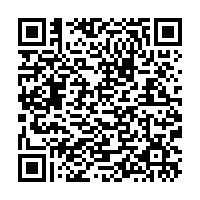