This was  a very turbulent week in Israel.

It was a  sad one, or a joyous one, depending on who you are.
If you are an Arab or a Leftist “Jew” you felt great satisfaction  seeing  forty Jewish dedicated  pioneer families (two hundred children) dragged from their homes of twenty years as they loved and blessed a hill top in our beloved  Samaria.
Advertisement
Israeli “Jews”, so generously funded by other “concerned” “Jews” like Soros and by traditional Jew hating  Europe,  continued to wage  war against the hated, unbreakable pact between God, His people and His land.
Their hatred of God’s covenant with His people is shared by the Arabs in whose name the battle for “justice” was fought.(One wonders where is their relentless and passionate  fight for “justice” in so many places around the world where cruelty and tyranny reigns unchallenged.)
The scene of Jewish, (not Turkish or British), forces in their thousands, wiping from the face of the earth  a vibrant God fearing community in Eretz Yisroel  and  dragging it’s  Jews into an unknown future, was heart rending for normal Jews.
In an appeal to the supreme court to spare some adjacent lands near Amona for the expelled families, a two to one  decision decided against.
The two were Jabran, an Arab who will not stand for the  Israeli national anthem.  The other was  Danziger a “Jew” who just days before decided in favor of Arabs trespassing on Jewish property in  the Arab Bet Hanina  neighborhood in Jerusalem.
He  expressed his concern for the Arab family whose future would be irrevocably bleak if the illegal structure were destroyed…
We pray daily, “May we be blessed with righteous judges as in days gone by…”
No small request.
Make no mistake;their days are numbered. These are the last wounds and set backs that they are hitting us with.
Their shameless and relentless efforts to stem the swing of the pendulem make it clear just how little time they know that they have left.
Israel is becoming more Jewish and it is absolutely  frightening to them and their allies.
This week, Israel announced its intention to build once again in Judea and Samaria after eight years of Obama’s relentless grip.
It was a surprise then to hear that  the new  White House is not happy with”one sided moves which can possibly harm the chance for peace”.
For many, this echo of Obama brought a sarcastic smile to their faces; certainly  those who understand that salvation will not come from  man – any man.
The embassy is not coming to Jerusalem so quickly. The Trump administration is “studying the implications”.
Nu nu.
Maybe it is good for us Jews to understand that despite the promises and  assurances of “hang on Israel help is on the way”, salvation for Israel comes from One and only One – and only we are His true partners in it. Cyrus of Persia  and later Lord Balfour and then president  Truman were  merited to facilitate the rebirth of the Jewish Nation in their time. They were the fortunate tools God chose to do His holy  work and  are  remembered as such.
On the other hand, those who chose to disrupt the holy mission are also remembered – accordingly.
Obama has earned his place in Jewish history. One does not need a long historical view to know on which side he falls.
Trump has his chance to merit membership is the one exclusive  club that  truly counts most .
God assured Abraham, “He who blesses you, shall be blessed”.
History has born this out in uncanny fashion.
Mr. Trump, don’t listen to Arab “allies” or to bureaucratic  anti Semites who “know” the Middle East.
Just  as Esther was made queen of Persia in a miraculous way , so too you were never supposed to be sitting where you are. She understood why her miracle occurred.
Do you?
Advertisement

NFL Stars Coming to Israel Next Week, Will Be Baptized in Jordan River 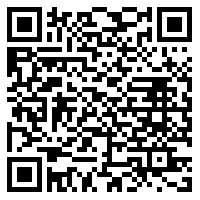