A delegation of NFL stars will arrive in Israel on February 13 for a seven-day visit, during which they will meet with a wide range of Israelis from different walks of life. The 11 athletes will visit Tel Aviv, Jerusalem, the Dead Sea, Haifa, and Christian sites in the Galilee. They plan to be baptized the River Jordan at Yardenit.

Also during the players’ visit to Israel: a visit to Rambam hospital in Haifa and Yad Vashem in Jerusalem, and a meeting with representatives from the Black Hebrew Israelites community in Dimona. As of 2006, about 2,500 Hebrew Israelites live in Dimona and two other towns in southern Israel, where they are widely referred to as Black Hebrews. There are also Hebrew Israelite communities in Chicago, St. Louis, and Washington, D.C. They do not recognize rabbinical Jewish law, but they do observe Shabbat and Biblical Jewish holidays such as Yom Kippur and Passover.

The visit was made possible by an initiative of Israel’s Ministry for Strategic Affairs and Public Diplomacy in cooperation with the Tourism Ministry.

Minister for Strategic Affairs and Public Diplomacy Gilad Erdan said in a statement: “I see great importance in the arrival of this delegation of NFL stars in Israel. […] I hope that the players will present the beautiful face of Israel to their tens of millions of fans in the United States.”

Tourism Minister Yariv Levin said in a Statement: “Football stars are a source of inspiration for all American citizens. I am sure that, after the experiences that the players will enjoy in Israel and after they have seen the unique tourist sites and the special atmosphere here, they will become ambassadors of good will for Israel.” 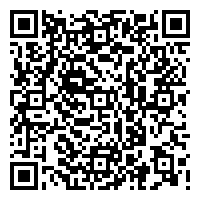