Sunday, September 11, 2016, 19:47 Honenu filed a urgent complaint with the Police Investigation Unit on behalf of a detained minor who complained that a policeman punched him at the police station after another policeman threatened him.

The sixteen-year old youth was detained for interrogation on the morning of Sunday, September 11 after he ascended the Temple Mount. The policemen claimed that as the minor was leaving he walked backwards and bowed slightly towards the site of the Holy of Holies.

According to the complaint filed by Honenu ( the angelic organization that offers free legal aid to Jewish soldiers and civilians facing the heavily  biased security/legal establishment)  Attorney Menasheh Yado, when the minor arrived at the Department of Holy Sites Police Station escorted by two policemen, one of them impatiently hurried him to sit on a bench and ordered him to, “Sit, sit, before I break your bones!” and the other policeman punched him in the stomach.

Then the minor was interrogated and released with an order distancing him from the Old City of Jerusalem for 15 days. Another minor detained the same morning after prostrating himself at the exit from the Temple Mount was released and summoned to a deliberation on the police demand to order him distanced from the area.

In the complaint, Honenu Attorney Menasheh Yado filed with the Police Investigation Unit, he wrote, “This is an incident of police brutality on a handcuffed minor who did not use any violence, neither at the police station, nor in general. I sincerely hope that your investigation and objective work will lead to a reduction in complaints about police brutality at the Department of Holy Sites Police Station.” Yado also mentioned that this was not an isolated incident of misconduct by Merchav David (Old City) District policemen in their treatment of Jews on the Temple Mount.

When I read this report, it did not shock me as I thought it should.

I am getting used to it. That angered me even more.

This is one of the (far too many) articles I try not to have fall into the hands of my non Jewish readers. I am so ashamed!

When  I was  a teen in Brooklyn, NY, I did not fear the cops. We were  so proud when we discovered the rare Jewish policeman. It was a foretaste of what a Jewish country would look like -or so I thought.

I remember jumping  a turnstile in the subway. The cop caught me and I remember well, feeling a  mixture of embarrassment and slight fear. Imagine If he  would detain me for moving my lips in prayer..? Never  happen  – in America; but in the heart of Jerusalem! – by Jewish cops (well, many most are Arab in the old city  – yet  another scandal).

Which is worse: A Jewish cop beating a Jewish teen for moving his lips in prayer, or an Arab cop doing the same? Not a dilemma that I faced in Brooklyn.

Who the hell is giving these orders? Israeli cops have their hands full with real policing and security issues, Intimidating, arresting and beating  young idealistic Jews for expressing the same fundamental right of any Muslim or Christian in any part of our Jewish country is an on going Jewish  horror.

Why am I so flabbergasted? Have I not witnessed the brutality of Gush Katif and Amona and dozens of smaller  super ugly episodes?

I have seen the bald headed, arrogant police commanders who do exactly what their  political bosses want of them. In the gross language that their  underlings understand well, they  unleash the dregs (the commanders know who exactly to call upon for the dirty work) upon the finest souls that we have.

I know this sounds harsh but I guess if my son were punched in the stomach and threatened with broken bones because he moved his lips in prayer, I would be even harsher.

Besides, I am encouraged by my mentor of blessed memory, to tell it like it is. Hiding the truth solves nothing.

Still, I hope that my nonp-Jewish friends do not read this.

Monsey Attacker’s Mom: He Was a Shabbos Goy

Another Tamimi Sent to Jail for Attacking Israeli Officer 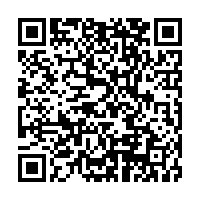