Yes, it clearly states that we, the Jewish People/State of Israel must be fully sovereign and not look to foreign nations for our security and legitimacy!


For those of us old enough to remember well, the 1967 Six Days War, we also remember that Israel fought alone. There were prayers from Jews all over the world, and although four Arab countries, Egypt, Syria, Iraq and Jordan joined together to destroy the State of Israel, they were quickly defeated, yes, in just six days. For those who are unaware that Iraq was part of the original anti-Israel alliance, please read A Six Days War IDF Soldier Tells his Story.

There’s nothing more dangerous for the State of Israel than dependence on a foreign country. That is how we were almost destroyed in the 1973 Yom Kippur War. For some totally incomprehensible and fokokt reason we trusted the United States to help us with security, even though they had not helped, nor been needed just six years earlier. The then US President Richard Nixon used Henry Kissinger to charm and cajole Israel leaders, who naively trusted the Jewish Secretary of State. That’s when the dependence on the Americans began, and our self-sufficiency and faith in Gd weakened.

True, we had very few modern weapons prior to 1973, but we were victorious. We need Gd not American weapons.

The American aid package that Israel is having trouble “swallowing,” approving will destroy our military industry, because it demands that we only purchase American weapons with the “shopping coupons” that America provides.

I prefer Trump, who says that he doesn’t plan on giving Israel a lot of aid to Hillary’s promise to “safeguard its ‘military edge’.” Because what it really means is that she doesn’t want Israel to get “too strong,” because then Israel won’t feel dependent on the USA. The more weapons Israel gets from America, the more control the POTUS has on the State of Israel.

We would be better off further developing and expanding our military industries and weaning ourselves from the United States. Then we can increase our exports without having to get approval from the USA. It just takes “one American screw” in a product to give the USA the authority to approve or deny us the right to sell to a foreign country, which weakens our economy.

The time has come to cut the ties, the dependency and stop America from controlling the State of Israel!! 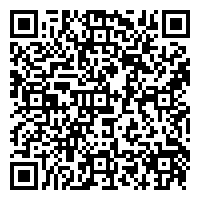