There’s nothing stranger than politics. You must have heard the line about “strange bedfellows.”

Finally I agree with something super far Left and even anti-Israel to my mind Arab Deputy Speaker of the Knesset, MK Dr. Ahmed Tibi, founder of the Arab Movement for Change Party, Ta’al said:

”This is a bizarre proposal which relates to Arab citizens as chess pieces that can be moved and changed.”

I’ve been saying the same thing! All you have to do is substitute “Jewish” for “Arab,” and you see that we agree 100%. I’ve also written that there’s no real sign that Israeli Arabs want to live under PA rule. I’ve been working with Arabs in Yafiz, Sha’ar Binyamin for three years now, and I’ve gotten to know fellow workers from my store and Rami Levy. I’ve also had many conversations with Arab customers. And I have no doubt that most Arabs, even those who are now living under PA rule would prefer living under Israeli Law.

Take a man like Tibi. From all he says, you’d think him as one who would have joined the PA-Palestinian Authority a long time ago. You’d think that someone with so many complaints about the State of Israel would have declared himself a citizen of the “State of Palestine,”and joined the fray in fighting his fellow Arabs for power. But he hasn’t!

Push comes to shove, and Kerry is pushing and shoving, Tibi prefers being an Israeli. And I have no doubt that most Arabs feel 100% the same. They know perfectly well which Middle East administration is fairest to its citizens and residents. They know which state offers the best medical care, infrastructure and modern technology.

The only problem is that the Arabs are terrified to voice the truth. They, too, live in fear of Arab terrorists who prefer anarchy over law and civil rights. The Arab terrorists are emboldened by the discussions of more power and money. They won’t obey any government; that includes Arabs called “Palestinians.” The ordinary Arab does not want that sort of change. They don’t want a “Two state solution.” They don’t want any creative Livni, Obama or Kerry ideas.

The only solution that would bring peace, true peace is for Israel to Annex, rule all of the Land we now hold and administer. We must achieve true sovereignty and that will give us true peace. It’s dangerous for Tibi to say so, but he has all but admitted it in his opposition to a land-swap. 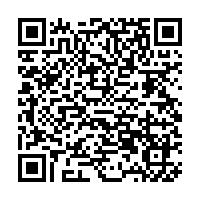