Yet avoid that trap we must, for the sake of Jewish unity. We are commanded to rise above such petty judgments and to judge only ourselves.

So it is for me with tekhelet, the sky blue color that men are commanded by the Torah to wear in their ritual fringes alongside the white. I am speaking of myself here. While many of my neighbors are focused on embracing the wearing of the blue, I find myself conflicted about the energy invested in the practice. And while tekhelet is a biblical commandment, it’s one full of “buts” that bring me up short.

For instance: Jewish men are commanded to wear tekhelet but, as a people, we lost the mesora, the chain of custody that would empirically tell us which blue is THAT blue. We know that the source of tekhelet was a snail, but we don’t know for sure which snail is the right one.

In my capacity as a writer at Kars4Kids, I went to an all-day conference on the subject, 100 Years to Tekhelet Research, and heard from experts in many related disciplines and learned a great deal, but I came out of the conference feeling much the same as I did going in: the evidence is not absolute and therefore inconclusive.

That said, the search for tekhelet is a fascinating subject and the endeavor is rooted in Torah.

As usual, Finn Partners did a bang-up job organizing the event, and there were some mighty important people there: former chancellor of Yeshiva University Rabbi Dr. Norman Lamm, Israeli Supreme Court Judge Neal Hendel, and MK Isaac Herzog, whose grandfather, Chief Ashkenazi Rabbi Yitzchak Halevi Herzog (zatzal), wrote a dissertation on the subject of tekhelet in 1913 as a seminal figure in the search for “himmel blau.” I spoke with Dr. Ari Greenspan, my across-the-street neighbor and a founder of Ptil Tekhelet.

V: In his talk, Rav Weinreb of the OU touched a bit on the Haredi reluctance to accept tekhelet. Several people at the conference have told me that Rav Chaim Pinchas Scheinberg (zatzal), who was known to wear many types of tzitzit at once to cover all Halachic bases, wore your tekhelet. Who else from the Haredi community was/is known to wear tekhelet?

Ari Greenspan: There’s Rav Zalman Nechemia Goldberg who has actually served as a posek. There’s Rav Amram Opman who is one of the judges of the Beit Din of the Badatz Eida Haredis and Rav Dichovsky on the Bet Din HaGadol of the Rabbanut. The entire Zilberman clan wears tekhelet. And the truth is, as you begin to go into the Haredi world, you begin to find some of the unique, individual thinkers that are looking for truth, and wearing it. Not a lot, but a significant number of Haredim. In the English world, both Rabbi Herschel Shachter and Rabbi Yisroel Belsky of the OU.

V: No one can say for sure if this is really the tekhelet, right? 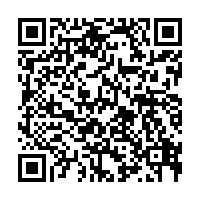