I know someone whose tax dealings would make my CPA father very nervous; that friend says that his accountant uses “creative bookkeeping.”  That phrase “creative bookkeeping” keeps popping into my head when I read all of the articles about how Prime Minister Binyamin Netanyahu can make a government coalition with various incompatible political parties.

Many of the same people also claim that the same Arabs who want to totally destroy us, men, women and children, (as Haman from the Purim Holiday’s Megillat Scroll of Esther unabashedly had planned) also claim they can be placated with the gift of land and then make peace with us.  You really need a creative, unrealistic imagination to believe that.  To put it simply, it would go against the laws of nature.  Maybe they want to keep a grown tiger as a pet, thinking it’s a tabby on steroids…


Last night, I popped into the living room and checked what was on the news.  I saw the news clip official meeting of the Prime Minister with President Shimon Peres.  Netanyahu had just formally requested another two weeks to form his coalition.

The big question would be: Is it possible for Bibi to form a viable and stable coalition?

The pundits claim it can be done.  Times of Israel’s Yoel Goldman shows that Netanyahu does not need the thirty-one seats Lapid and Bennett could give him:

If Labor, with its 15 Knesset seats were to unexpectedly join Likud-Beytenu (31), Netanyahu could then turn to Shas (11) and United Torah Judaism (7) to complete a 70-seat Knesset majority.

Bennett and Lapid, two newbies, inexperienced first-time MK’s and party leaders have been “negotiating” under the premise that Bibi will buckle and give into their demands.  One of their demands is that the hareidi, aka ultra-Orthodox parties be kept out of the coalition.  Being so adamantly “anti” any sector is Israeli society is a bad sign for ambitious politicians who dream of being Prime Minister some day.  Actually it reminds me of Yitzchak Rabin, who as Prime Minister said he was the Prime Minister for those who supported him, not for the “settlers” — people like me, who opposed his Oslo Accords.

One thing that Netanyahu does understand is that a Prime Minister should have as broad a coalition as possible to represent all sectors in Israeli society.

Bennett and Lapid have been concentrating on the simple arithmetic.

Sixty-two are a majority, more than half of one-hundred-twenty.  They have been counting on Netanyahu needing them so desperately that he’d let them write the deal.  At this point, Tzipi Livni is the only party leader to have already signed and she got a great deal.

I wouldn’t bet on this one.  Netanyahu is one wily politician, and he may shock us all, which is what he likes to do.  Considering that the polls are showing Lapid leading Bibi if there were to be new elections, maybe that’s why Lapid isn’t wiling to compromise.  But he should remember that when Netanyahu called for elections a few months ago, the polls predicted that Bibi’s Likud, even with Yisrael Beitenu, should expect at least 50% more seats, so early polls should not necessarily be relied on.  And I highly doubt that your average NRP aka Bayit Yehudi voter approves of Bennett’s fanatically anti-chareidi stand. 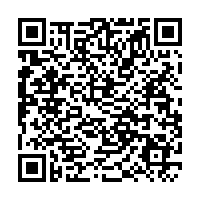