Headlines are “hinting” that Prime Minister Benjamin Netanyahu has finally gotten some sort of agreement with the Bobbsey Twins, a.k.a., Yair Lapid and Naftali Bennett.  Those two rookie Members of Knesset have been holding a very nice dowry of over thirty Knesset Members which Netanyahu desperately needs if he’s going to be able to have a workable coalition.

70-strong Israeli coalition nearing completion (Times of Israel)
Lapid to be finance minister, Bennett to be minister of trade, foreign portfolio to be held for Liberman; ultra-Orthodox parties going into opposition

Yesh Atid leader Yair Lapid is warming up to the idea of becoming Finance Minister, party sources said on Saturday, a week before Prime Minister Benjamin Netanyahu’s deadline to form a government. Nothing is for sure yet, but the press has been saying that Lapid is willing to take the Finance Ministry.

Lapid and Netanyahu met on Friday, for talks their spokeswomen called “positive, with much progress made,” and on Saturday, in a meeting that was still ongoing (Jerusalem Post).

I can’t imagine a tougher challenge for him.  It’s so much easier to complain from the outside.  He campaigned on a social/financial platform.  It takes money to give the people what he claimed to want to give them/us.  Let’s see if it’s really possible, once he sees the real numbers.

“It all looks different from inside the government” is what many right-wing politicians have insisted when answering complaints about the contrast of their campaign promises and government policies.  I’m curious to see how Lapid will handle the “hot potato.”

If Lapid and Bennett have really come to an agreement with Bibi, I guess they’ll tie up the loose ends by the time Peres returns and United States President Barack Hussein Obama comes for his visit.

But in the meantime, we’ll just wait for the details…

On Thunder And Apples 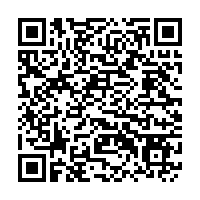