Personally I must say that I’m glad that there are loyal Zionist Jews on campus who are trying hard to defend the State of Israel against our massive, dangerous enemies who mask themselves in pseudo-academics, euphemisms, pseudo-history and perverse morality. I bless Justin Hayet with the power and determinism and charisma, which he’ll need to not only succeed but to survive unscathed. I invite him to Shiloh to breathe in the holy air and inspiration that keeps me going. Further searching shows that he wrote a previous article which can be found in the Jerusalem Post’s site, “My university won’t stand up for Israel.”

Fighters like Justin Hayet are no less important than soldiers in the IDF and all those so-called professional hasbara workers. I see Hayet as a modern King David who is willing to fight Goliath. His approaching Foreign Minister Avigdor Lieberman is very much like when King David tried on the armor offered by the quivering and fearful King Saul. King David rejected the armor. The Biblical King David knew that he would only succeed if G-d made him a miracle. He needed a low-tech, low budget weapon, and that’s why he took his five stones. And the young King David succeeded in executing Goliath.


I’ve been a blogger for years and also very involved with the international Jewish blog carnival, Havel Havelim. Maybe the key today is something similar using social media. Trying to get the Foreign Ministry to chip in may be as unproductive as King David found the armor King Saul had offered him.

All I can say to Justin Hayet is not to give up! 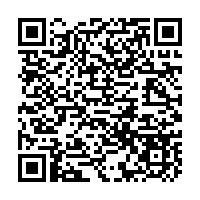