UPDATES:  see updates at the bottom of this article.

Someone used a gun to terrorize Jews in two separate locations just outside of Kansas City, Kansas on Sunday afternoon, April 13.


The Jewish Community Center in Overland Park was the site of the first shooting incident. It happened at approximately 1:00 p.m. local time. At least one person was killed.

Shortly after the first shooting, another one took place less than a mile away, at a Jewish assisted living facility, Village Shalom. At least one person was killed at this location as well.

It is not yet known at which of the two locations the third victim was shot.

A male suspect was taken into custody. He was apprehended at a local elementary school, Valley Park Elementary, which is near the assisted living facility.

There is a report from a local news station, KCTV5, that when the suspect was led away, he was believed to be yelling, “Heil Hitler.”

Since March 8, a sniper has been terrorizing drivers in that area of Kansas, shooting at over 20 drivers. But it is not currently believed that the serial shooter is connected to the JCC center shootings.

UPDATE: A press conference was held at 5:00 p.m. in Kansas City, with the Police Chief and mayor of Overland Park. The new information that was provided at the briefing revealed that five people were shot at, three were hit and all three of those died. The two victims from the Jewish Community Center were both males, a female was killed outside the Shalom Village Assisted Living facility.

The suspect is not from Kansas and was unknown to local officials prior to the shootings. 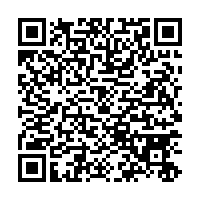