I’m just sick over the fact that our Prime Minister, Binyamin Netanyahu, didn’t have the guts and faith to hold out on the so-called aid, sic offered by American lame duck President Barack Hussein Obama.

This “package” is poison for the Israeli economy, particularly our military industries. A sovereign leader always has a choice. By accepting the many stringed offer, Netanyahu is showing weakness.

Republican senator: Israel made a mistake signing security deal
Republican Senator Lindsey Graham (R-SC), who oversees the U.S. foreign aid budget, opined on Friday that Israel made a mistake by signing a new $38 billion security agreement with the Obama administration, The Associated Press reported.
Graham said Israeli Prime Minister Binyamin Netanyahu could have gotten a better deal if he had waited until President Barack Obama left office.
He stated that there is ample support in Congress among Republicans and Democrats for providing Israel with more military aid. And a new U.S. president, either Hillary Clinton or Donald Trump, would be more generous too, he said on a conference call arranged by the Jewish Institute for National Security Affairs. 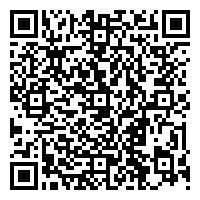