I’m sick and tired of reading and hearing about the hopes and expectations Israelis have from newly elected/inaugurated Donald Trump as President of the United States. Whatever policies and and decisions he makes really aren’t the crucial ones for the security, viability and development of the State of Israel.

Israel is not part of the United States. We are neither a state nor of a “commonwealth” status in America. We’re not like Puerto Rico or anything like that. The State of Israel is an independent country, which declared its independence on May 14, 1948 and is recognized by most countries and international bodies.


Our existence is due to Gd’s blessings and the hard work of those Zionists who were willing to leave their homes and do hard, dangerous work to build a country and economy and fight our enemies.

The truth is that we don’t owe our existence and independence to anyone or any country. When the State of Israel was declared by David Ben-Gurion, most of the world, except for the countries attacking us, stood by expecting the State of Israel to go down in defeat. Gd had different plans. We defeated the combined Arab armies which had been supported by the British Government among others.

In the almost seventy 70 years since then, you’d think we’d learn that we really don’t have any human allies. Not a single solitary country even recognizes Jerusalem as our Capital City. We are treated like utter garbage or annoyance by most countries, even those that have received our aid and training programs.

And what does the State of Israel do in response? It grovels anew…

Politicians and journalists who should know better by now are all excited over the election of Donald Trump as President of the United States, expecting him to rescue us. Forget it. Trump is so mired in multiple problems that figuring out what is going on here in Israel is far from the top of his list. And even if it was, there’s nothing he can do.

It’s all up to our own government led by Prime Minister Binyamin Netanyahu. If he acts with confidence for the State of Israel, making it clear that he doesn’t care what the world says and does, most opposition will fade away. And if there’s opposition, big deal!

If we do the right thing then Gd will make the necessary miracles, like He did in June, 1967! 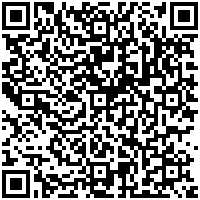