A few days ago, I got a lot of flack on facebook for describing the TSA officers who treated me badly:

Both of the women were black and heavy. If they had been described as blondes, asians or red-heads and petite nobody would have cared. But there were some really nasty comments against me, just because I didn’t leave them as vague “stick-figures.”


Whenever there’s an “incident” in which a white shoots a black, those descriptions are accepted:

The U.S. Justice Department has opened a criminal investigation into the fatal police shooting of a black man in Louisiana’s capital, the state’s governor said on Thursday, as two deadly encounters between law enforcement and black men triggered protests in the United States.
The probe comes as community leaders in Baton Rouge urged authorities to conduct a full-scale criminal probe of two white police officers over the slaying of Alton Sterling, 37, on Tuesday. (Reuters)

Of course, and I’m not denying it, the police look awful and most probably made a very bad call. But don’t forget that the victim, also, made a mistake, a fatal one. These short of shootings happen quite often when people want to take out their “papers,”and the police mistakenly think they are pulling out a weapon. So the best thing is to just stand with hands raised and tell the authorities where to find identification/license etc.

But calling me a racist for giving a physical description of the TSA officers who treated me badly/incorrectly  is so much like those who insist that those who don’t support Obama are racist or those who don’t support Hillary are anti-women/sexist. Looking at Obama’s or Hillary’s experience, character, platform etc and making a decision based on that and not their color, sex, and so on, is racist/sexist. There’s no moral superiority in saying:

“It’s time for a woman president. We are behind the times,” (Newsday)

If that’s the main theme, than it’s totally sexist. 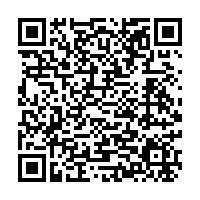