Young cultivated wheat has a very particular color. As opposed to wild wheat species, which can be either glossy green or matte and bluish gray, cultivated varieties are always the latter. An international team led by Weizmann Institute scientists has discovered the mechanisms by which plants produce the major component of the bluish-gray, waxy film that coats cultivated wheat. This film is thought to help increase yield and protect the stem, leaves and spikes of the plant against environmental hazards, particularly drought. The findings, reported recently in The Plant Cell, may in the future be used to impart hardiness to other crops.

Scientists have been trying for several decades to decipher how certain wheat varieties, and a number of other plants, manufacture their protective bluish-gray coating. Its presence on the plants’ surface is a dynamic feature, appearing at certain stages in plant growth or only on certain organs, reinforcing the notion that the wax-like substance plays an active role in defending the plant. But figuring out the wheat genome, which contains multiple sets of chromosomes and repeated copies of some of the genes, has presented a notoriously difficult challenge.

Weizmann’s Prof. Asaph Aharoni has picked up the gauntlet: His lab specializes in studying plant surfaces – what they’re made of and how they function. In the new study graduate student Shelly Hen-Avivi and other researchers on Aharoni’s team compared the genomes of two different types of wheat, one glossy green and the other bluish gray. They assessed gene activity in these two wheat types at different stages of their growth using various methods, including next-generation RNA sequencing technology, which makes it possible to simultaneously evaluate the expression of vast numbers of genes. The team also made use of the full readout of the wheat genome, sequenced recently by a consortium that included scientists from Tel-Aviv University, the Weizmann Institute and the Israeli company NRGene.

Over the course of experiments that lasted several years, Aharoni’s team managed to zero in on a cluster of three genes that were shown to produce beta-diketone, a waxy compound that constitutes the major component of the bluish-gray coating. Such groups of adjacent genes, responsible for a particular feature of the plant’s metabolism and known as metabolic clusters, are increasingly being discovered in plant genomes. When the scientists silenced the newly identified genes in wheat grown from seeds of bluish-gray plants, it grew to be glossy-green, which confirmed their findings. The researchers then deciphered the chain of biochemical reactions that leads to beta-diketone synthesis, including the genes and enzymes involved. Next, the team repeated the same research with barley, which also has a bluish-gray coating – as do certain species of rye and the leaves of eucalyptus trees. They found that the metabolic gene cluster and biochemical reactions that are responsible for the synthesis of beta-diketone in wheat perform the same function in barley.

In the future it may be possible to make use of the study’s findings to breed crops with a higher yield and a greater resistance to drought, by genetically engineering plants to contain the genes for beta-diketone production or by enhancing the activity of existing beta-diketone genes. It might conceivably be possible, for example, to introduce the beta-diketone genes derived from wheat into cucumbers or tomatoes. Whatever these vegetables will lose in brightness, they will gain in sturdiness.

This project was a collaborative effort between the Weizmann Institute of Science, Tel-Aviv University, the University of British Columbia, and Rothamsted Research and the John Innes Centre, both in the United Kingdom.

Prof. Asaph Aharoni’s research is supported by the Tom and Sondra Rykoff Family Foundation; the Leona M. and Harry B. Helmsley Charitable Trust; the Adelis Foundation; and Yossie and Dana Hollander, Israel. Prof. Aharoni is the incumbent of the Peter J. Cohn Professorial Chair. 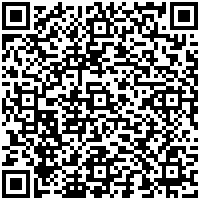