The IDF spokesperson’s office on Tuesday morning confirmed that two surface-to-air missiles were shot at IAF attack planes that were on a mission inside Syria’s airspace. The IDF says the planes were far from the source of the missiles, and the attack did not constitute a serious threat.

The IDF announcement came in response to Syrian state media which had reported that the regime’s army claims it hit the Israeli aircraft while they were retaliating against targets near Quneitra in the Syrian Golan Heights.


The story that emerges from a variety of Arab social media reports Monday night, Syrian government claims and the IDF version, is that while the Israeli Air Force was hitting Syrian Army positions in Quneitra Monday, in response to a mortar shell that landed in Israeli territory, the Syrian Army responded by launching two S-200 (SAM) ground-to-air missiles from an airbase on the outskirts of Damascus, at Mount Qasioun. The missiles did not hit the Israeli fighter jets.

The IAF attack was the first since the beginning of the ceasefire that had been declared by Russia and the US in Syria on Monday. The IDF spokesperson released a statement saying Israel “views the Syrian regime as responsible for what takes place in its territory and would not tolerate any attempt to harm Israel’s sovereignty and the security of its citizens.”

The S-200 is a very long range, medium-to-high altitude surface-to-air missile system designed in the 1960s to defend large areas from bomber attack or other strategic aircraft. The system became operational in 1966. In its original design the S-200 probably couldn’t pose a serious threat to a 21st century attack aircraft, however, according to reports, in 2013 the Iranian air defense force improved its S-200 systems, introducing solid state parts and removing restrictions on working time. According to an Iranian report, an Iranian S-200 destroyed a UAV target beyond a 60 mile range in a military drill in recent years. The Iranians use two new solid propellant missiles, named Sayyad-2 and Sayyad-3, in cooperation with the S-200 system, and can cover medium and long ranges at high altitudes.

In August, The Jewish Press Online cited the Syrian Al-Etihad Press Network’s report that Iranian military reinforcements (Revolutionary Guards) have moved into Quneitra. At the same time, Iran was claiming that the forces in question were a contingency of Hezbollah and the Assad regime’s Army. Of course, it could be all three, and the reports Monday that these forces, or forces aligned with them in Damascus, have begun to shoot S-200 missiles at the IAF, may suggest an approaching escalation on Israel’s Syrian border. 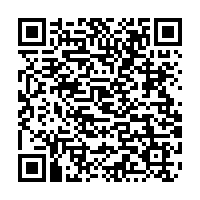