Rachel Corrie’s family and friends have done a great job portraying her as a peaceful innocent killed by an immoral violent IDF, but the truth is that Corrie came to Israel to support Arab terrorists whose aim is to murder innocent people like myself, my family, neighbors and friends. She may not have converted to Islam and done military/terrorist training, but if she hadn’t accidentally been killed for getting in the way of Israeli soldiers policing a riot, who knows…

Last Friday, my husband and I got a real kick out of a BBC report about the upgrading of the danger alert in Britain for a possible/probable Arab terror attack in England. It’s not like we are in favor of attacking the British G-d forbid, but we thought their terror of Arab terrorism very humorous. It is especially ironic that the British can so easily see the dangers when it comes to their own country, but are completely blind to the dangers to the State of Israel. Sarah Honig also finds it interesting that the British are waking up:

The heart of any feeling human being must go out to the shaken Brits. They have duly earned our most compassionate commiseration. Out of the blue they were suddenly confronted, most unpleasantly, with the information that American journalist James Foley had been beheaded by a born and bred Londoner. Ouch! Abdel-Majed Abdel Bary is a 23-year-old London rapper who left his family’s $1 million home a year ago to fight with the Islamic State extremists. NY Daily News British politicians and security forces, just like the Americans and others, are ideologically blinded to the connection of ISIS to Hamas and, even like too many Israeli movers and shakers, Hamas to Fatah.

What was freaking out the Brits talking was the fact that many Arab terrorists, like those who cheerfully beheaded Foley, are from good, ordinary middle-class British backgrounds, similar to Rachel Corrie in the states. These terrorists are upgraded versions of the international Left wing groupies who are active in all those faux human rights groups NGOs that come to Israel to support the Arab terrorists, yes like Rachel Corrie.

Connect the dots, please. All of these Muslim Arab terror organizations are connected, and they are the ones who have been terrorizing Israeli civilians and fighting the IDF for decades. They control the PLO, which is the cleaned up diplomatic public relations version that gets sent to international bodies such as the United Nations. Their ultimate aim is to take over the world. Just read their literature and listen to them in Arabic. As the British are starting to realize, they are a serious threat to England in terms of security and basic values.

Dr. Kedar claimed that this is a process known in advance, ending with the disintegration of Europe in its current state. “It is all a result of a European softening, which the Muslims see as a weakness, as if they received Europe in their hands for free. They do not voluntarily blend in, entire neighborhoods perpetuate the culture they brought with them, they are not aware of the language and economy and stay in their enclaves. Once a French man of Algerian descent told me that they didn’t move from Algeria to France, they brought Algeria to France.

According to many, demographics, which is the topic for many studies, is the red light. It points to the path in which the continent is headed – the European birthrate is at a continuous standstill while Muslim immigrants are doubling their rates.

Amos Oz We Knew and Didn’t Love At All, Not Even A Tiny Bit 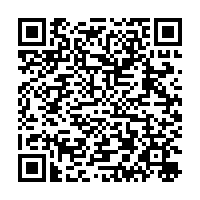