George Zimmerman, the Florida man at the center of the controversial Trayvon Martin case, claims to have cured cancer.


The announcement was first made on Twitter by his brother Robert and was then followed by a demonstration of the new Zimmerman cure by the man formerly on trial for the shooting of a Florida teenager during which he demonstrated the cancer cure and introduced reporters to several former cancer patients cured by his method.

Zimmerman, who claims to have come up with the cure during an intensive bout of research while waiting to be tried, is releasing it free of charge into the public domain.

Reaction to the move was swift and unanimous.

“Cancer is a white man’s disease,” said MSNBC political commentator Al Sharpton. “No black man ever got cancer unless he got it from white people. The only people a racist like Zimmerman cares about is white people.”

Time Magazine warned that the loss of cancer would actually pose a danger to public health. In “Cancer: Misunderstood?” it pointed out that for many years cancer had been a signature disease. Now that it was cured, funding for public health research would begin drying up.

“For now, Zimmerman is basking in shortsighted praise for curing a disease, but millions more will die because of the inattention to other public health crises, including AIDS, spread like a disease by his cure.”

Some responses were unexpectedly sympathetic toward cancer. In “George Zimmerman Cures Cancer But at What Price?” National Geographic warned that the cure would unleash other diseases that cancer may have kept in the background. The Daily Beast ran a response from African-American cancer patients wearing hoodies and vowing not to make use of the cure. “We Would Rather Have Trayvon Martin Alive Again Than a Cure for Cancer. Slate responded with a contrarian piece, “What Was So Bad About Cancer Anyway?”

“The shot that George Zimmerman fired with his so-called cancer cure at the black community is even deadlier than the first shot he fired by murdering Trayvon Martin,” Blow wrote. “I spoke with researchers at Harvard University’s Uni Research labs where a properly multicultural team from every race, gender and sexual orientation had been assembled to cure cancer and provide role models for children of every conceivable combination of races, sexual orientations and gender identities.”

“Sure cancer was cured,” Blow finished, “but at what price? Is cancer really deadlier than the lack of role models in our community?”

Responding to that lack of role models, the NAACP petitioned that the name of the Zimmerman cure by redistributed and renamed after George Elmer Dagwood Jr, a pioneering African-American researcher in the 1930s who claimed to have cured cancer. While the cure turned out to be sugar water, there were many who swore that the water had cured them.

Speaking at an NAACP event, Attorney General Eric Holder promised to take the proposal under advisement.

President Barack Obama appeared to have little to say about the cure. At a press conference he however offered some off the cuff remarks, saying, “George Zimmerman may find it easier to cure cancer than to cure the loss that Trayvon Martin’s parents suffered. Cancer may have been the cancer of the white community, but gun violence is the cancer of the black community. The real threat doesn’t come from microscopic diseases, but from the choices that we make. Our challenge isn’t to cure diseases, anyone can do that, but to change the bad choices that we make by outlawing guns.”

MSNBC’s Chris Matthews expressed concern that the large number of people who would no longer die of cancer would live longer to become a drain on the healthcare system.

“George Zimmerman not only killed a black man, but he may have also killed the signature legislative achievement of America’s first black president,” Matthews said.

“A cancer cure means an overloaded Obamacare system that is unsustainable. And you’ll pardon my suspicious mind, but I think that’s exactly what George Zimmerman had in mind. He wanted revenge against Obama and he got it.”

“Black people have often been referred to as a cancer,” said Toure, an accredited expert in racism. “There is this process of othering at work here. First George Zimmerman murders a black boy to get white approval and then he murders a disease that white people hate the way they hate black people.”

“The real cancer isn’t cancer,” he added. “It’s racism. And there’s no cure for that except hating George Zimmerman. And all white people.”

(This is satire. George Zimmerman did not cure cancer. Yet.)

Roseanne Returns to the Borscht Belt 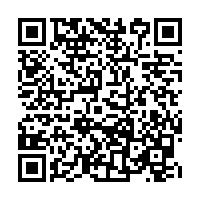