Summer Lee, 35, is a Democratic member of the Pennsylvania House of Representatives who in 2018 received the primary nomination in a landslide, with 67% of the vote. Supported by the Democratic Socialists of America, Berny Sanders’ crowd, Lee, a graduate of Howard University law school, is the first African American woman from southwestern Pennsylvania in the state House.

This coming Tuesday, May 17, Lee will be seeking the Democratic primary nomination to represent Pennsylvania’s 12th congressional district in north-central and northeastern parts of Pennsylvania, including the Northern Tier region, parts of the Susquehanna Valley, part of Happy Valley including State College, and parts of Pittsburgh. The district has been represented by Fred Keller, a Republican.


If elected, Lee will join the anti-Israel “squad” comprised of mostly antisemitic women. She definitely sounds like them. One year ago, on “Nakba Day,” the Arab day of mourning for the establishment of a Jewish State, Lee tweeted: “When I hear American pols use the refrain ‘Israel has the right to defend itself’ in response to undeniable atrocities on a marginalized pop, I can’t help but think of how the west has always justified indiscriminate& disproportionate force &power on weakened & marginalized ppl.”

Lee also tweeted last May, “The US has nvr shown leadership in safeguarding human rights of folks its othered. But as we fight against injustice here in the mvmnt for Blk lives, we must stand against injustice everywhere. Inhumanities against the Palestinian ppl cannot be tolerated or justified.”

These comments have raised the alarm in the Democratic establishment as well as Israel supporters, who have been backing a virtual unknown attorney, Steve Irwin. But so far, Lee is in the lead in the polls, with 25% of the votes.

The democrats don’t want Lee on the ballot because her leftist views are just the kind of fodder that would guarantee a Republican victory, on the way to a GOP sweep of the House of Representatives.

In early April, Lee participated in a debate hosted by the Jewish Federation of Greater Pittsburgh’s Community Relations Council, in an attempt to answer her rival Irwin’s accusation that Lee’s tweets “do not indicate a strong conviction that Israel has a right to exist.”

But Lee rejected his claims, stressing she “absolutely” believes in Israel’s legitimacy as a Jewish state, and “What’s more is that I also understand and really truly believe the need that we have for Jewish folks globally to have a safe haven. … I think that our role has to be in how we are ensuring the safety of all folks over there right now.”

What about her condemnation of US politicians who say “‘Israel has the right to defend itself’ in response to undeniable atrocities on a marginalized pop”? Well, Lee claimed there had been a “very specific context around” that one, namely that “we saw a mosque being raided,” and compared the clashes between Arab rioters and Israeli police officers in Al Aqsa to the clash between Trayvon Martin and George Zimmerman.

God help us if she makes it in Tuesday’s Democratic primary, and God help us even more intensely should she win the November race.

The Nakba: The Sin and its Aftermath 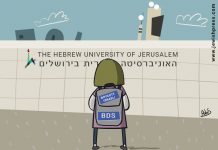 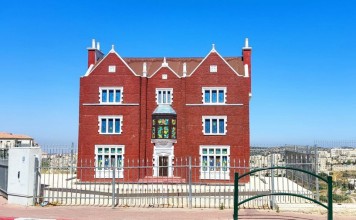 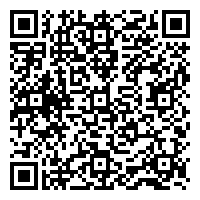